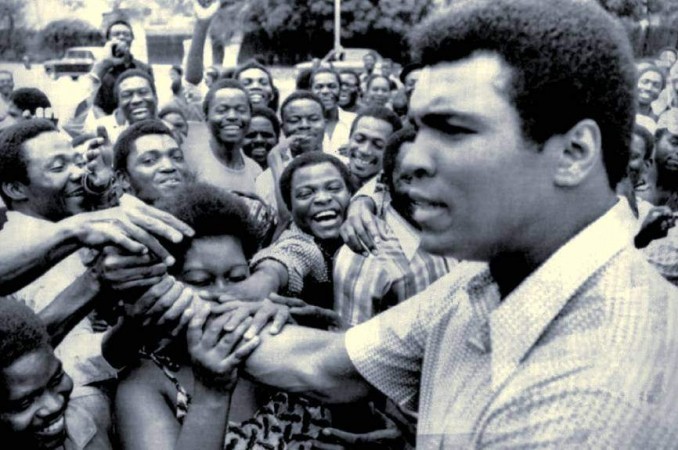 Like millions of people around the world, the Moorehead/Lilly 2016 election campaign mourns the profound loss of “The Greatest,” Muhammad Ali. The three-time heavyweight boxing champion suffered from Parkinson’s disease for over 30 years before succumbing to septic shock due to respiratory failure. When Ali was named the “greatest sportsman of the 20th century” by Sports Illustrated in 1999, very few could deny it.

When he became champion in 1964 after beating Sonny Liston, a brash 22-year-old, Ali, known then as Cassius Marcellus Clay, stated boldly that he “had shook up the world.” Little did he know how prophetic those words would become.

Ali’s prominence as a great fighter would eventually extend beyond the boxing ring. He evolved into the most popular symbol worldwide for racial pride and against the U.S. genocidal war in Vietnam. What gets lost in all the accolades for Ali since his death — including from those who once despised him — was that Ali did not take his heroic stances in a social vacuum. He was influenced by political and economic conditions, especially the oppression of the Black masses and their massive resistance during that historic era.

Like many idealistic young African-American athletes, Ali had hoped that winning a gold medal at the 1960 Olympic games in Rome would help him strike a blow against racial segregation in his hometown of Louisville, Ky. It did not.

In reaction to being denied the right to eat at an all-white lunch counter, a justified, enraged Clay stated publicly that he would throw his gold medal in the river. This occurred before the massive upsurge led by students at Historically Black Colleges and Universities against segregated lunch counters throughout the South.

When Clay embraced Black Nationalism by converting to the Muslim faith, joining the Nation of Islam and changing his name in 1964, the demand for Black Liberation at home and abroad — in the form of the Civil Rights Movement here and the anti-colonial struggles for national independence on the African contingent — were impacting oppressed peoples, including Ali.

When Ali refused to be drafted into the U.S. military in 1967 due to his faith, he defiantly stated that no Vietnamese person ever called him the N word and therefore he had no quarrel with the Vietnamese people. Ali took on this heroic stance simultaneously with a powerful anti-war movement — a movement that embraced him after the racist U.S. government stripped him of his heavyweight title.

For almost four years, before the U.S. Supreme Court overruled his draft conviction, Ali was denied the right to defend his title during the prime years of his career. Once his title was stolen from him, Ali was invited to speak at many college campuses to explain his anti-war position. He became the most recognizable Black activist who stood up to the U.S. war machine’s genocidal war in Vietnam. Ali was viewed as both a victim of and a resister against the U.S. government.

To this day, the government has offered no formal apology to Ali and his family for its vindictive ruling.

Ali’s rebellion against white supremacy and the status quo endeared him to millions of people worldwide, including today’s younger generation. Black Lives Matter activists are seeking to know more about what Ali stood for. How many seasoned activists even know that decades ago Ali supported the right of return of the Palestinian people and visited refugee camps in southern Lebanon?

The lasting legacy of Muhammad Ali should be examined and understood: how he played a historic role in a particular epoch of the class struggle and how that struggle impacted him as an individual. One cannot be separated from the other. This is important, as bourgeois historians are now seeking to coopt and sanitize what he did and why he did it.

Muhammad Ali was a fighter on many fronts, refusing to bow down to white supremacy and U.S. imperialism on his own rebellious, powerful terms. Workers World Party joins millions of people around the world in declaring that Ali will always hold a special place, inspiring millions to shake the world collectively for a social revolution. Muhammad Ali ¡Presente!