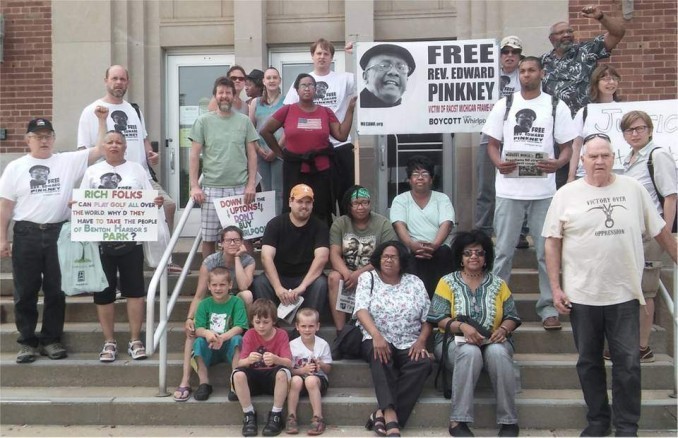 Activists from around Michigan converged in Benton Harbor in the southwest portion of the state on May 28 for a demonstration demanding the release of political prisoner the Rev. Edward Pinkney, who is currently incarcerated at the Marquette Branch prison in Michigan’s Upper Peninsula. Supporters of Pinkney rallied at City Hall and marched through the downtown area, ending up at the Progressive Missionary Baptist Church. There, several speakers discussed the plight of people across the state.

The demonstration coincided with the Senior PGA Championship at Lake Michigan, where land previously owned by the public is now used as a playground for the affluent. Benton Harbor is one of the most oppressed cities in Michigan.