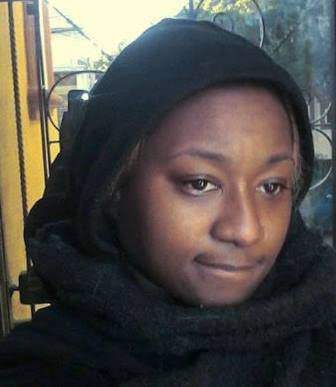 San Francisco, May 30 — People gathered Friday night in the Bayview District to honor and mourn Jessica Nelson Williams, another Black person gunned down by police. The crowd took over Third Street, the main thoroughfare of this historically African-American neighborhood

“The city authorities have this twisted notion of white supremacy,” said one woman. “We need to take our community back. Everyone needs to find their place in this movement and step into it.”

“Don’t be afraid of the police,” said another woman. “Speak up, take your stand, hold your ground.” Marla, a young poet, delivered fiery, defiant words that conveyed the caring and self-confidence of the blossoming movement.

Oscar Salinas from the Amor for Alex Coalition gave a strong message of solidarity from the Black and Brown alliance fighting police impunity. The coalition formed after police fired 59 shots killing Alex Nieto while he was eating a burrito.

Jeremy Miller from the Idriss Stelley Foundation scathingly exposed proposed police “reforms” put forward by the city’s toothless Police Commission. “They’re trying to hoodwink us,” he said. He warned of a current proposal to give every cop a Taser. Supposedly, this would curb officer-involved killings, but cops have killed an estimated 1,000 people with Tasers since the weapons were adopted for police use in the U.S.

‘Where they train officers to kill our children’

People chanted along with the irresistible music in call and response: “We’re taking back our stolen land. You can’t have it. No, you can’t.”

When marchers reached the Bayview Police Station, they spread out into a circle. One woman said, “This is the place where they train officers to kill our children.” While people held the intersection, repeating, “This is my land, this is our land,” community elder Mama Ayanna led powerful ceremonies of healing and resistance. Protesters recited from a list of countless Black and Latino/a people killed by police. A youthful Black activist, pain visible in his face, walked around the circle, burning sage. The spiritual moment bound the participants to each other in common purpose and to the memory of Jessica and the stilled possibilities of her young life.

According to SFGate, the San Francisco Chronicle website, when Jessica Nelson moved to the Bay Area, she joined a homeless community. Nelson grew close to Jennifer Williams, a woman who became her “street mom” and whose last name she adopted.

“We were her street family,” Jennifer Williams said. “We took care of Jessica, and we loved her so much. She was a strong and talented woman, and a little bit bossy. There’s no reason for her to die the way she did.”

Jessica Nelson Williams, mother of five, was apparently four months pregnant at the time of her death.

The vigil/march was initiated at the request of Nelson Williams’ family by the Last 3% of San Francisco and the Anti-Police-Terror Project. They were joined by Black Lives Matter Bay Area, the Frisco Five hunger strikers, #Frisco500 and justice coalitions for Mario Woods, Alex Nieto, Amílcar Pérez López and Luis Gongora — all killed by the San Francisco Police Department in the last two years.

For the last month, these groups have conducted militant protests against police brutality, including hunger strikes and the occupation of San Francisco City Hall. Their demand was the firing of Police Chief Greg Suhr, who had held office for five years of mounting deaths of Black and Brown people at police hands.

On May 19, the day Jessica Nelson Williams became another Black woman lost to “death by cop” and organizers quickly pulled together yet another rally, Suhr was finally fired.