Confirmation of United States efforts to prevent Africa from reaching genuine self-determination and national liberation resurfaced in mid-May when the international media circulated damning reports about the CIA’s pivotal role in the arrest of African National Congress and South African Communist Party official Nelson Mandela in 1962. 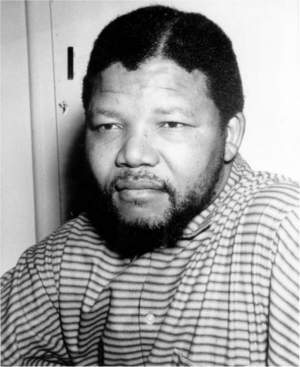 Donald Rickard, who in 1962 was the United States vice-consul in Durban, said he and his superiors believed that Mandela was “the world’s most dangerous communist outside of the Soviet Union.” And he had no reservations about alerting the apartheid regime about his location. (British Telegraph, May 15)

Mandela was stopped at a police roadblock in Howick, KwaZulu Natal on Aug. 5, 1962, and arrested. His capture provided the legal and political basis for trials that culminated with the Rivonia Treason convictions, sending him to over 27 years in prison. The CIA’s pivotal role in his arrest has been repeatedly documented since 1990, the eve of Mandela’s first visit to the U.S. after his release from prison.

Rickard claimed that ANC informants alerted him that Mandela was traveling to Howick, and he relayed this information to South African police, noting that the ANC-SACP leader was planning to return to Johannesburg.

Mandela had traveled outside of apartheid South Africa to win international support for the national liberation movement against settler colonialism and to receive arms training in order to build the military wing of the ANC, Umkhonto we Sizwe. By early 1961, the ANC declared that it was futile to continue peaceful methods of struggle in the aftermath of the Sharpeville massacre of March 1960 and other atrocities.

In March 1962 Mandela undertook military instructions from the Algerian National Liberation Front (FLN) at their bases across the border in Morocco. In his testimony during the Rivonia Trial in 1964, Mandela said, “In Africa I was promised support by … Ben Bella, now president of Algeria.” (nelsonmandela.org)

A publication by Mandela, “Conversations with Myself,” includes numerous extracts from his 1962 diary, all of which verify his military training at FLN facilities in Morocco.

Around the same time Mandela also took military courses in Ethiopia then led by Haile Selassie I. According to an article published by the British Broadcasting Corporation, “In July 1962, Col. Fekadu Wakene taught South African political activist Nelson Mandela the tricks of guerrilla warfare — including how to plant explosives before slipping quietly away into the night. Mr. Mandela was in Ethiopia, learning how to be the commander-in-chief of Umkhonto we Sizwe — the armed wing of the African National Congress.” (Dec. 9, 2013)

Col. Fekadu later praised the future South African president, saying, “Nelson Mandela was a very strong and resilient student, and he took instruction well and was really very likeable.” He “concentrated on the task in hand.”

The CIA intervention in 1962 was part of a broader U.S. policy extending from the 1960s to the present. In 1960, the CIA and the U.S. State Department plotted to overthrow and assassinate Congolese leader Patrice Lumumba. Immediately after the revolutionary Congo prime minister won the largest bloc of votes for his Congolese National Movement, his government was neutralized and displaced by a coup.

Lumumba later fled to the east of the country where he was kidnapped by forces allied with the imperialists. He was subjected to torture and a brutal assassination. Army Col. Mobutu Sese Seko, a CIA asset, served as the front for Washington and various mining corporations for 37 years until he was displaced in a national uprising in 1996-97.

Later in the West African state of Ghana, the first prime minister and president, Dr. Kwame Nkrumah, was overthrown in a military and police coup on Feb. 24, 1966, which was coordinated by the CIA. Nkrumah had been a staunch supporter of Lumumba, along with dozens of other liberation movements across the continent. (See “In Search of Enemies” by John Stockwell)

The former Portuguese colony of Angola in southwest Africa was on the verge of national independence in November 1975 when the country was invaded by the South African Defense Forces and the CIA in order to prevent the Popular Movement for the Liberation of Angola, which was aligned with the South West African People’s Organization of Namibia and the ANC of South Africa, from taking power.

The 55,000 Cuban internationalist forces deployed by then-President Fidel Castro worked in conjunction with national and regional forces to drive back the SADF, establishing Angola as a rear base of the struggle to eliminate white-minority rule in the subcontinent.

Between 1975 and 1989, approximately 350,000 Cubans served in Angola. The defeat of the SADF and the CIA in Angola represented a major turning point in the overall movement of the African people for self-determination and sovereignty.

As recent as 2011, the administration of President Barack Obama dispatched hundreds of CIA operatives to Libya, setting the stage for a massive seven-month bombing campaign, which toppled the government of Col. Muammar Gadhafi, a former chair of the African Union.

Business Insider reported this fact at the time, saying, “CIA operatives have been working in Libya along with MI6 agents and other spies to gather information for use in airstrikes. … Obama signed an order several weeks ago authorizing the CIA to provide arms and other support to the rebels.” (March 30, 2011)

These instances represent a few important cases highlighting the legacy of U.S. interference in the internal affairs of the African continent. Such occurrences reveal that Washington has never been a supporter of African independence. This stance is in sharp contrast with that of such socialist countries as Cuba and the former Soviet Union.