The Supreme Court on May 16 separated the consolidated case of Zubik v. Burwell and referred nine similar cases back to nine appellate courts. The courts were directed to arrive at a consensus about whether or not religiously affiliated nonprofits must pay for contraceptive coverage as mandated by the Affordable Care Act. Originally, eight appeals courts voted against the nonprofits’ claim, allowing coverage, and one voted to uphold the claim. Now the nine courts of appeal are required to come to a unanimous decision.

The religious nonprofits’ argument is that the opt-out process for complying with the ACA’s requirement that employer-provided health insurance plans cover contraception as preventive care violates the Religious Freedom Restoration Act.

The high court’s ruling, called “per curium,” was agreed to by all eight judges. The court instructed the lower courts to accommodate “petitioners’ religious exercise while at the same time ensuring that women covered by petitioners’ health plans ‘receive full and equal health coverage, including contraceptive coverage.’” It affirmed the ACA mandate to provide women “without cost, the full range of FDA approved contraceptives.” 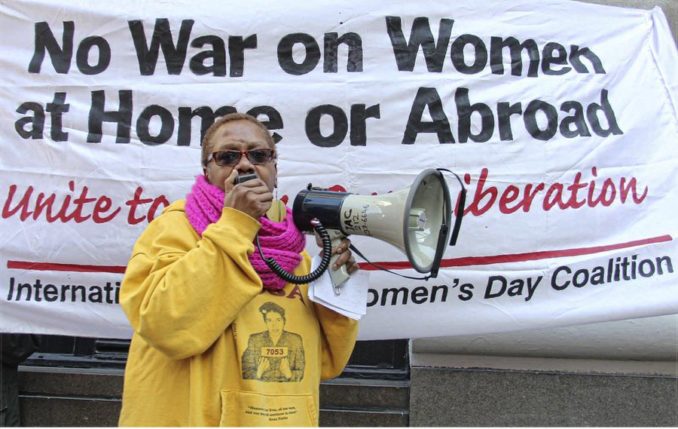 Justice Sonia Sotomayor wrote a separate opinion, joined by Justice Ruth Bader Ginsburg, to provide further clarification: “The opinion does not, by contrast, endorse the petitioners’ position that the existing regulations substantially burden their religious exercise or that contraceptive coverage must be provided through a ‘separate policy, with a separate enrollment process.’ Such separate contraceptive-only policies do not currently exist, and the Government has laid out a number of legal and practical obstacles to their creation.” (Politico, May 16)

This ruling is a legal sidestep in the battle over the ACA’s contraceptive mandate. Will the appeals courts be able to unite on a unanimous decision, ending the case, or will it come back to the court after a ninth justice is seated? Stay tuned.

A bold, direct attack on the constitutional right to abortion was passed by the Oklahoma Legislature on May 19. The law would have made it illegal for doctors to perform abortions — which it called “unprofessional conduct” — except if needed to save the life of a pregnant woman. If physicians provided abortions, they would be found guilty of a felony and sentenced to one to three years in prison. They would also not be able to obtain a medical license in the state.

Despite her opposition to abortion, Gov. Mary Fallin vetoed the bill on May 20, saying it was “so ambiguous and so vague” it couldn’t overturn Roe v. Wade, the 1973 Supreme Court decision legalizing abortion. (Washington Post, May 20)

South Carolina legislators passed a bill on May 17 prohibiting abortions at 20 weeks after fertilization, which Gov. Nikki Haley is expected to sign. The final bill includes no exceptions for rape or incest, but has an exception if a patient’s medical emergency would lead to death or in cases of severe fetal malformation.

The bill is based on copycat legislation authored by the National Right to Life Committee, which justifies the cutoff at 20 weeks based on the medically discredited belief that a fetus experiences pain at 20 weeks. Courts have struck down similar bills as unconstitutional in Arizona, Georgia and Idaho. Similar laws have passed in 17 states. (Rewire, May 18)

On May 19, Louisiana joined Missouri, North Carolina, Oklahoma, South Dakota and Utah in establishing a 72-hour waiting period for women seeking abortions. However, in a medical emergency, pregnant women will continue to be exempt from the mandatory waiting period and forced counseling passed in 2014. There is also an exception for women who certify in writing they live at least 150 miles from the nearest licensed clinic. They will be forced to wait a shorter delay of 24 hours. (Rewire, May 20)

The 41,000-member California Medical Association filed a motion April 27 in state Superior Court to join an American Civil Liberties Union lawsuit against the Catholic hospital chain Dignity Health, the fifth largest health care system in the country and the state’s largest hospital system. A patient was denied a tubal ligation in 2015 because Dignity Health refused to allow it based on religious directives from the U.S. Conference of Catholic Bishops which deny basic reproductive health care to patients. Sterilization was called “intrinsically evil.”

A court hearing on CMA’s motion is set for May 25 in San Francisco. The doctors argue that forcing them to deny basic health care on the basis of religious objections creates a conflict between the medical well-being of patients and the hospital system. They also assert that withholding medical care for nonmedical reasons is illegal in California, and patient health is jeopardized when religious rules override medical judgment.

This could turn into a major test case about the rights of Catholic-sponsored hospitals, which control 10 of the 25 largest hospital systems in the country, to impose their religious beliefs on patients. (Rewire, April 27)

A study released in early May by eKYROS, an anti-choice, Texas-based software company, showed that of the 2.6 million women who visited more than 1,200 anti-abortion Crisis Pregnancy Centers since 2004, only 3.52 percent, or 92,679 women, decided against having abortions.