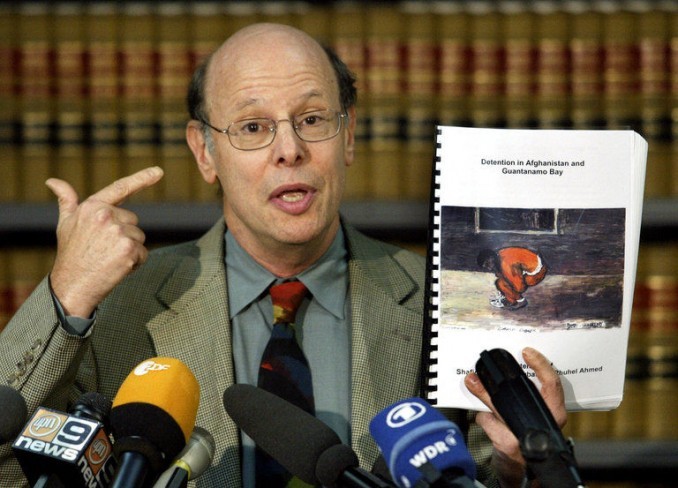 The progressive and anti-imperialist movement lost a valued fighter on May 11, when Michael Ratner died at the age of 72. Ratner was known for standing up against the U.S. ruling class and power structure on all issues, domestic and international, from Guantánamo to Yugoslavia.

Ratner used his legal training and know-how throughout more than four decades to battle class injustice, imperialist war and all forms of discrimination. In the decade before his death, he was president emeritus of the Center for Constitutional Rights, an organization that he had played a big role in building, and president of the European Center for Constitutional and Human Rights, based in Berlin.

Most recently, he impelled the CCR to fight to end the use of the U.S.-occupied Guantánamo naval base in Cuba as a concentration camp for alleged “terrorists.” The CCR defended the rights of the Guantánamo prisoners against illegal detention without trial and against the torture practiced by CIA inquisitors. Ratner has also given assistance to struggles in Palestine, Central America and other parts of the world. His contribution to the Cuban Revolution was recognized in a eulogy written by the former president of Cuba’s National Assembly, Ricardo Alarcón de Quesada. (cubadebate.cu, May 13)

Ratner had not only political insight but also civic courage. He stood up when many others failed to recognize the Bill Clinton administration’s demonization of the Yugoslav and Serb leadership as a pretext to justify the 1999 imperialist war. Ratner made an important contribution as a judge at a people’s tribunal in June 2000 that found the leaders of the U.S. and its NATO allies guilty of war crimes against Yugoslavia.

Michael Ratner, we will miss you.