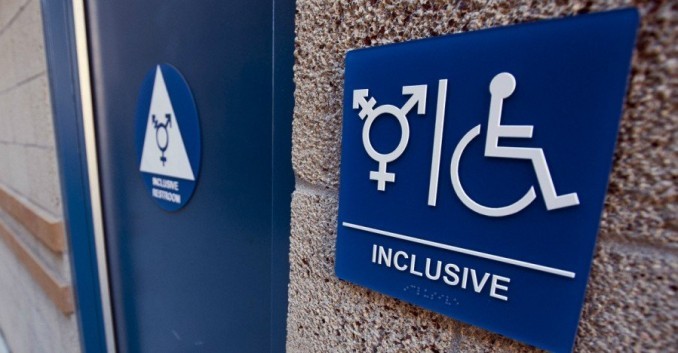 Everywhere nowadays — on the car radio, the TV at the gym or CNN at home — really loud voices are trumpeting the current hate campaign against trans people. It’s like a sweeps week for the news media, showcasing bullies and raking in the advertising revenue.

But why all this hate right now? After all, trans people — people who cross or do not conform to culturally assigned gender identities or roles — have been around since before recorded history. In what’s now the United States, gender fluid roles, with no specific genitals required, were part of Indigenous peoples’ cultures long before European colonizers came to grab the land. (Our comrade Leslie Feinberg wrote about this in detail in “Transgender Warriors: Making History.”)

In February of this election year, the Republican National Committee — looking for its own kind of “sweeps” — passed a resolution calling for state anti-trans “bathroom bills.” Since then, several states have passed such laws, including the infamous HB2 in North Carolina, which threatens police action if a person’s genitals or sex on their birth certificate don’t align with the designated bathroom.

The bill was a serious attack on trans workers. It’s hard to hold down most jobs if you can’t use the bathroom at work without violating a state law!

HB2 was more than anti-trans. It also eliminated all protection in the state for lesbian, gay and bisexual people. It rolled back all local laws improving limited state standards on job discrimination, minimum wage and other workplace issues.

The anti-trans campaign sweeping the U.S. is yet another repetition of the old owning-class divide-and-conquer tactic against the multinational, multigender working class.

Bigots are using the anti-gay stereotype “sexual predator” to allege that trans people will attack women and children in bathrooms. But anyone who’s ever lived as a woman, anyone who’s ever lived as a trans person, knows that bullies and haters don’t bother to disguise themselves to attack someone. Bigots think they have the right to attack anywhere, anytime — including with the weapon of legislation.

The ruling class is always strategizing on how to turn working people against each other — even in the bathroom. The anti-trans laws prey on people’s existing anxieties and encourage people to become “gender police” and condemn anyone not fitting the conventional idea of a “feminine woman” or a “masculine man.”

Anti-trans bills have been introduced across the U.S., but it’s no accident that so far they’ve only passed in “right-to-work-for-less” Southern states — states fighting off a wave of union drives, drives increasingly led by workers of color.

Working-class unity, insight and compassion can be organized into strength to support trans lives. The resistance of workers and oppressed people to bigotry in North Carolina has been inspiring. There have been marches and civil disobedience led by queer trans people of color, widespread social media campaigns like #NoHateInMyState and restaurants changing their bathroom signs to read “Everybody Is Welcome Here.”

A new generation of multinational young workers are leading the way on this issue — and for them gender nonconformity and fluidity are part of everyday working-class life. More than half of 13- to 20-year-olds say they know someone who goes by gender neutral pronouns such as “they,” “them” or “ze.”

The anti-trans bigots, like other bigots before, will end up in the dustbin of history. On to working-class solidarity and gender liberation for all!