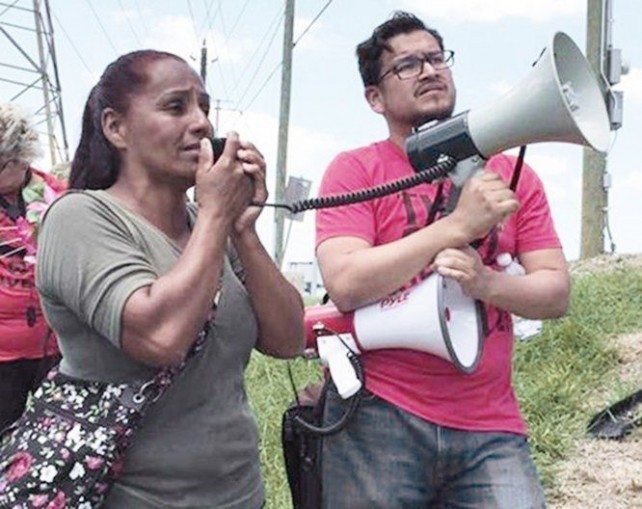 Almost 40 years after one of the most infamous and brutal Houston police killings, the family of Joe Campos Torres, along with the Brown Berets and young Houston activists Orlando Lara and Dee Arellano, organized a powerful event to remember Campos on May 7 in Houston.

Forces gathered at the site of the cantina where cops arrested Torres for being drunk on Cinco de Mayo, 1977, and then marched downtown to the secluded spot on Buffalo Bayou where he was brutally beaten, so badly that the cops at the city jail refused to book him until he was taken to the hospital.

Instead of going to the hospital, the cops went back to “the hole” at the bayou and beat him some more before throwing his handcuffed body into the river, with one cop yelling, “Let’s see if the wetback can swim.” Torres, who was a Vietnam vet, died; his body was found a little way down the bayou three days later, on Mother’s Day.

Janie Torres, his sister, said she helped organize the Joe Campos Solidarity Walk for Future Generations. “Forty years later, this is still such a difficult time for my family. My mother has never been the same and Mother’s Day is nothing more than a reminder of what the cops did to her son. But we decided that we need to speak out and fight for change.”

The walk ended up on the McKee Street Bridge, overlooking the spot where Torres’ body was found floating on the bayou.