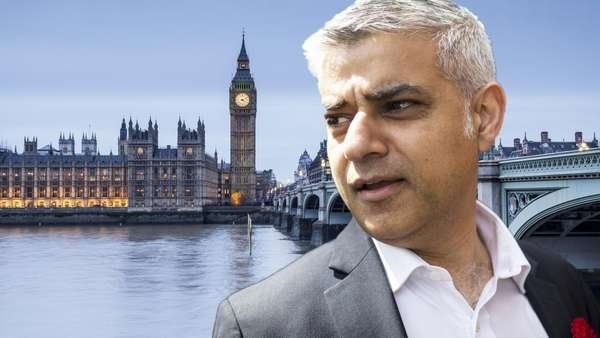 Sadiq Khan, a center-left member of Britain’s Labor Party and a first-generation son of immigrants from Pakistan, has been elected mayor of London, becoming the first Muslim mayor of a major Western capital. Khan comes from a working-class family; his father was a bus driver for 25 years and his mother was a seamstress.

The 45-year-old politician is among the 2.7 million British residents classified as “nonwhite British.” Soon after receiving his law degree he worked with progressive legal groups as a human rights attorney. Most of his cases challenged discrimination, police repression, and brutality against people of East Indian and West Indian origin.

These attacks encouraged the fascist British National Party, as well as the “Britain First Movement,” to whip up more racism as well as outright intimidation and physical attacks against Muslims. Some 816 Islamophobic incidents were reported to have been committed by white males in London between July of 2014 and July of 2015. The “vast and overwhelming majority” were attacks against women and children between the ages of 14 and 45, who were singled out for wearing traditional Muslim clothing, including the hijab worn by Muslim women. (AFP, May 7)

In reality, Khan is a moderate left-of-center social democrat in the Labor Party. It’s true he supported Jeremy Corbyn, who has real credentials for left positions against imperialist wars and against the occupation of Palestine, in Corbyn’s successful bid to become leader of the Labor Party last September. Khan has since distanced himself from Corbyn.

Khan’s 80-page “Manifesto for All Londoners” calls for a freeze on transportation fares, which earned him the support of the transport union (TSSA). He also promises to build 50,000 more rental units in an overcrowded and high-priced housing market. On the flip side, he has not been supportive of the oppressed Palestinian people or the campaign for boycott, divestment and sanctions against the racist apartheid state of Israel, nor is he very critical of Western intervention in Syria.

On April 30, Khan soundly defeated Goldsmith and his racism, winning over 1.3 million votes to Goldsmith’s 1.0 million. No sooner had Goldsmith lost, shattering the eight-year reign of Tory control over London, than the Conservative Party was scrambling for damage control. The Tories started blaming Goldsmith as an individual for their election debacle in a campaign that was drowning in fear-mongering, racism and Islamophobia.

This is similar to what the establishment Republican Party in the U.S. does. It heaps hypocritical scorn and ridicule on Donald Trump’s racist and anti-immigrant extremism, even though the Republicans have peddled the same reactionary ideas for decades.

Conservatives couldn’t wait to do mea culpa on the British communication networks. According to the May 7 edition of Politico, Conservative Deputy Mayor Roger Evans said that “attempts to link Khan to extremists had been foolish and would need quite a lot of work to repair.”

Goldsmith himself even came up with the charge — spread by his campaign leaflets and intended to foster inter-religious tension between Muslims and Hindus — that Khan would target the Hindu Indian community with a host of taxes on their businesses.

With the imperialist powers oppressing, superexploiting and creating misery in most of the former colonies, migrations of millions of people to the imperialist centers are inevitable. It is often the only way for them to survive.

As the crisis of world capitalism deepens, as it has sharply since 2008, the ruling classes in the imperialist countries often incite racism with anti-immigrant legislation proposals. They promote vile, anti-foreign propaganda aimed at getting the working class to blame immigrants for the crisis.

Their goal is to create an anti-foreign frenzy that will keep the working class divided and confused. Revolutionary parties must fight against racism and anti-immigrant discrimination which is most often directed against people of color, who are the most exploited.

The election of Sadiq Khan has much broader implications than simply a positive judgment on his personality or on the election itself. It is a strong sign that the most vile racism and xenophobia has been rejected by a majority in the British capital. Let it be a step toward building working-class unity.