The author is chairperson of the International League of Peoples’ Struggle and chief political consultant of the National Democratic Front of the Philippines. 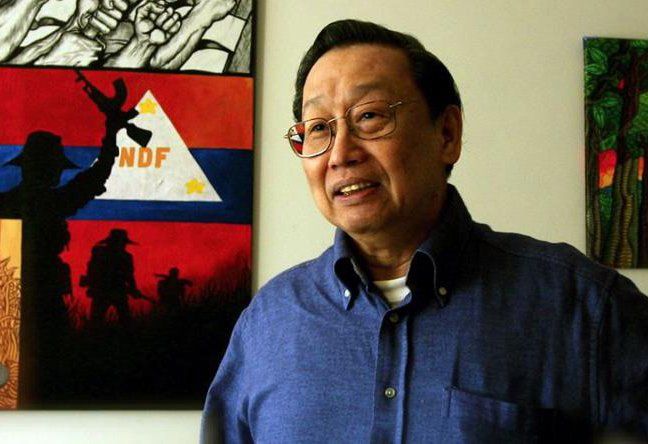 The newly elected Philippine president, who promises to be the country’s first left president, studied political thought under the author of this article.

Within 24 hours after the Philippine elections closed at 5 p.m. on May 9, Rodrigo Duterte of the opposition Pilipino Democratic Party-Laban registered in the automated vote count of the Commission on Elections a landslide victory in his bid for the Philippine presidency. His rivals, Grace Poe of the Independent Party, Jejomar Binay of the United Nationalist Alliance and Mar Roxas of the ruling Liberal Party, conceded defeat one after the other.

What was widely feared as a scheme of the ruling Liberal Party to cheat did not materialize or could not be carried out because of serious warnings of popular uprising against electoral fraud. Those that issued warnings included respected institutions and movements, all opposition parties, critical sections of the reactionary armed forces and police, the revolutionary forces of the Communist Party of the Philippines, the New People’s Army and the National Democratic Front of the Philippines, and the Bangsamoro national liberation movements.

Apparently foreign monopoly interests and the local oligarchy of big compradors and landlords have advised the Aquino government that it was a better choice to desist from electoral fraud and avoid the risk of widespread and uncontrollable civil strife. They are confident that a Duterte presidency would still be financially and politically manageable by using as lever the underdevelopment and poverty of the Philippines and the huge foreign debt and total public debt of the Philippines, amounting to more than U.S.$77 billion and Php 164 trillion, respectively.

One notable result of the elections is the defeat of the son of the late Filipino dictator, Ferdinand E. Marcos, in his bid for the vice presidency. For a while it seemed that he would succeed by riding on the protest vote against the corrupt, brutal and incompetent Aquino regime. But he has been defeated by the vice presidential candidate of the Liberal Party, Leni Robredo, who strongly reminded the electorate of the brutality of the Marcos dictatorship and the complicity of Marcos junior in stashing away the billions of dollars stolen by his father from the people.

The significance of the electoral victory of Leni Robredo goes beyond stopping in its tracks the drive of the Marcos dynasty to take back supreme political power in the Philippines. She is expected by the Liberal Party to serve as a check on Duterte and a constant reminder of his vulnerability to a coup or to impeachment by a House of Representatives and Senate still dominated by the Liberal Party. But, of course, Duterte is well aware of his own share of retired and active military and police officers, and the opportunism of congressmen and senators who traditionally switch loyalty to a new president.

Because of his overwhelming electoral victory, Duterte is expected to win further popular support by carrying out his campaign pledge to punish corrupt officials and wipe out criminality, especially the syndicates engaged in the trade of prohibited drugs and in kidnapping for ransom. The broad masses of the people are eagerly awaiting the arrest and imprisonment of the outgoing president, Benigno S. Aquino, and his budget mastermind, Florencio Abad, who have become notorious for committing plunder and unprecedented corruption in the abuse of the pork barrel system.

The revolutionary movement of the people led by the Communist Party of the Philippines or CPP supports the determination of Duterte to fight corruption and criminality and welcomes his vow to declare a ceasefire with the armed revolutionary movement and be the first left president in the history of the Philippines. In this regard, the CPP has urged him to free the hundreds of political prisoners, accelerate the peace negotiations and address the roots of the civil war by adopting basic economic, social and political reforms.

The newly elected president takes pride in having been a student of the CPP founding chairman in political thought at the Lyceum of the Philippines in the late 1960s, in becoming an activist of the anti-imperialist and anti-feudal youth organization, Kabataang Makabayan, and in being a long time adherent of the New Patriotic Alliance known as BAYAN. Both Kabataang Makabayan and BAYAN have been fierce opponents of the Marcos fascist dictatorship and the continuing domination of the Philippines by foreign monopoly capitalism, feudalism and bureaucrat capitalism.

The CPP has challenged Duterte to assert the national sovereignty of the Filipino people and defend the territorial integrity of the Philippines, to let the toiling masses of workers and peasants empower themselves against the oligarchs, to develop the Philippine economy through national industrialization and genuine land reform, to promote a patriotic and progressive culture, expand the public school system, and foster international solidarity for peace and development.