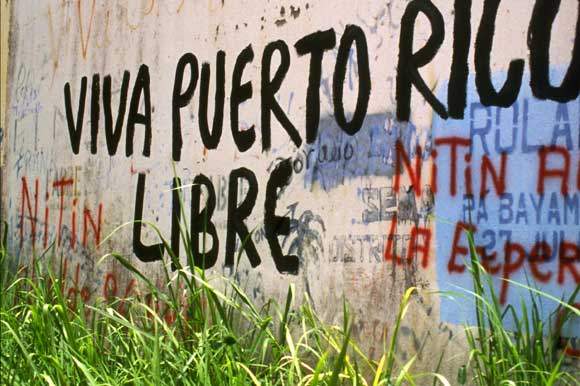 May 9 — In a few days, the U.S. Congress is expected to deliver the equivalent of a coup de grâce to its colonial territory, Puerto Rico. If anyone had any doubt about the colonial status of this island, which belongs to the United States but is not part of it, this legislation will eliminate that doubt.

Called HR 4900 or PROMESA (Puerto Rico Oversight, Management and Economic Stability Act), this proposal is actually a collection agency to serve Wall Street bondholders. For that purpose, it will create a financial control board (FCB).

Although created by Republican Party politicians, it does not mean that Democrats are totally against this endeavor. Their stillness and timid criticisms of PROMESA make them collaborators in this crime. Meanwhile, the White House is watching from a distance, placing total blame on Congress and hoping that this act, which answers to Wall Street, will solve the crisis.

Puerto Rico has a public (and illegitimate) debt exceeding $72 billion, and without its own sustainable economy, Puerto Rico’s Gov. Alejandro García Padilla has repeatedly declared that the debt is unpayable, and, in fact, last May 1, the country could not pay the $420 million scheduled for repayment on that date. It is expected that this failure to pay will be repeated on July 1, when another IOU for the enormous sum of $2 billion is due.

This default, which represents the latest chapter of the economic deterioration of Puerto Rico, exposes the anxiety of bondholders, who fear a debt restructuring that might reduce their multimillion-dollar profits.

What provisions does PROMESA contain? On April 12, the Committee on Natural Resources of the U.S. Congress issued its 121-page report.

With the usual imperialist arrogance, Reps. Rob Bishop (R-Utah), chair of the committee, and Sean Duffy (R-Wis.), sponsor of the project, issued a statement that reads in part: “This package of reforms will restore the guardrails of freedom and self-governance in Puerto Rico. It will hold Puerto Rico accountable to its debt, uncover audited financial statements, enforce fiscal responsibility and cut red tape holding down the Island’s economy. It provides tools to redirect Puerto Rico from a path of destitution towards a path of prosperity, preserving freedom and opportunity for the next generation.” (full text: tinyurl.com/zo5elhx)

Here it’s clear that they have not counted the thousands of young Puerto Ricans aged 20 to 40 years old, who have had to emigrate due to the lack of jobs and wages sufficient to support a family.

Among its points the following stand out. The FCB would be composed of seven members appointed by the U.S. president and chosen by the leaders of the House and the Senate, plus one nonvoting, ex-officio member appointed by the governor of Puerto Rico.

Their powers — we have to remember that they are directed to pay the bondholders — would be overarching and autonomous, without being accountable to the Puerto Rican people or governed by its laws. The FCB:

Another disposition which seems to be aimed at saving some money for the U.S. government pertains to Vieques. Following the valiant struggle of the people to oust the U.S. Navy from the island municipality of Vieques, the U.S. Department of the Interior claimed a part of the territory where it had a duty to clean up the massive contamination from 60 years of bombing practice. Something that until now has not been achieved and remains a demand of the people of Vieques.

PROMESA proposes to “transfer” the area to the government of Puerto Rico, but with the caveat that the Secretary of Defense could not be sued by the government of Puerto Rico, the municipality of Vieques or persons of any class; nor could they claim damages resulting from emissions of hazardous substances or contaminants resulting from the operations of the Navy in said territory, unless the claim includes a number of requirements set forth by the act itself in its Section 1502.

“HR 4900 additionally provides for voiding the cooperation agreement with the Secretary of the Interior in such Zones of Conservation, releasing the Federal Department of the Interior (FDI) of responsibility for the conservation of the land.” (tinyurl.com/gsnswv5)

Vieques community leaders, however, responded to this with a joint statement: “We want the lands that are now in the hands of the Federal Department of the Interior (FDI) to be returned to the people of Vieques, but we demand the cleaning of all the territories (including those that are now under the jurisdiction of FDI) by the Navy and/or any other responsible body, as required by the Comprehensive Environmental Response, Compensation and Liability Act.” (tinyurl.com/jyu6uve )

This FCB has aroused great indignation in the Puerto Rican progressive movement.

The people of Puerto Rico need demonstrations of solidarity from the world anti-imperialist movement and especially from within the U.S. to stop this criminal enterprise. Let’s say “No!” to the Financial Control Board! Free Puerto Rico!

The frontal attack of imperialism against the movement and against militant unions and the current struggle will be the subject of the next article.