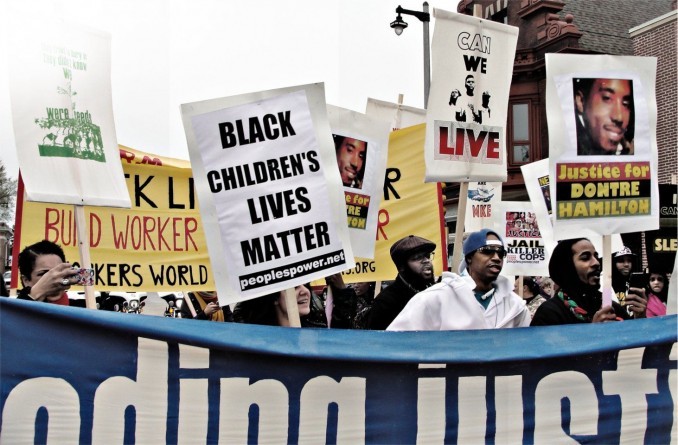 On the two-year anniversary of the killing of Dontre Hamilton by a Milwaukee cop, hundreds marched and rallied April 30 for “Dontre Day,” an event sponsored by the Coalition for Justice.

With Hamilton’s family taking the lead, the march began at the Center Street Library in the heart of Milwaukee’s Black community. Marching for miles in the rain, the Hamilton family and community supporters demanded justice for Dontre and all victims of police brutality and terror.

In the past two years state and federal officials have declined to bring charges against the cop, Christopher Manney, who killed Hamilton. Just days before Dontre Day, the Hamilton family and their attorney announced they would pursue a federal civil rights lawsuit against the city of Milwaukee and Manney.

The march ended at Red Arrow Park in downtown Milwaukee, the site of Hamilton’s murder. There, a variety of cultural events and speak-outs took place. Due to the pouring rain, the rally moved to All People’s Church for the conclusion of this year’s Dontre Day.