Jersey City, N.J., April 24 — The community group NJ Action 21 held a meeting today in Jersey City to remember and learn from the revolutionary events that took place in the Dominican Republic in April 1965. Members of the Dominican community, Anakbayan NJ, the Jersey City Peace Movement and Veterans For Peace took part. 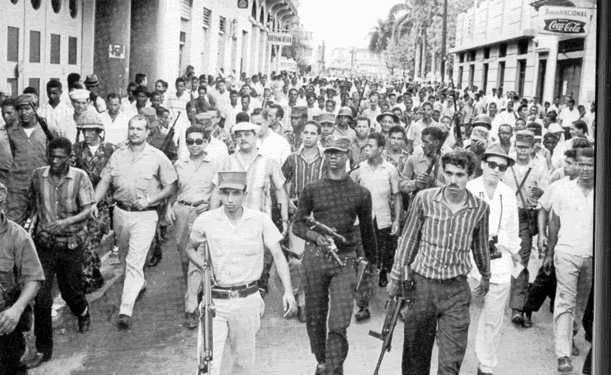 Organizers showed a 90-minute documentary produced in the Dominican Republic, “La Trinchera del Honor” (“The Trench of Honor”). After that, the audience held a discussion that included eyewitnesses of the April 1965 events.

In 1965 a group of anti-imperialist military officers in the Dominican Republic’s Armed Forces, headed by Col. Francisco Alberto Caamaño Deño, led a broad movement of workers, peasants, youth and progressives to take state power. On April 24, they made their move by seizing a major radio station, distributing weapons to civilian supporters and arresting the pro-U.S. Dominican president the following day.

The meeting in Jersey City was no simple exercise in revolutionary nostalgia. Rather, it was a lesson for today about the necessity for all struggles to fight U.S. imperialism and to understand how it operates. Revolutionary enthusiasm was definitely boosted for those at the meeting who witnessed on the screen the historic revolutionary mobilization of the Dominican people during April 1965.