Dublin, Ireland — A century ago, on April 24, 1916 — Easter Monday — a few hundred Irish men and women mounted an armed rebellion against the immense and brutal British Empire. They rose up in Dublin at St. Stephen’s Green, the Four Courts and various other key locations around the city, and in the countryside at Wexford, Louth, Meath, Cork and Galway, among other places.

During the hundreds of years of British colonialist domination of Ireland, the Irish people had been starved and denied basic rights like voting and holding office, owning property, practicing their religion or even speaking their own language. Their churches were destroyed, they were denied schooling, and many were forced to eke out an existence on small pieces of rocky ground. 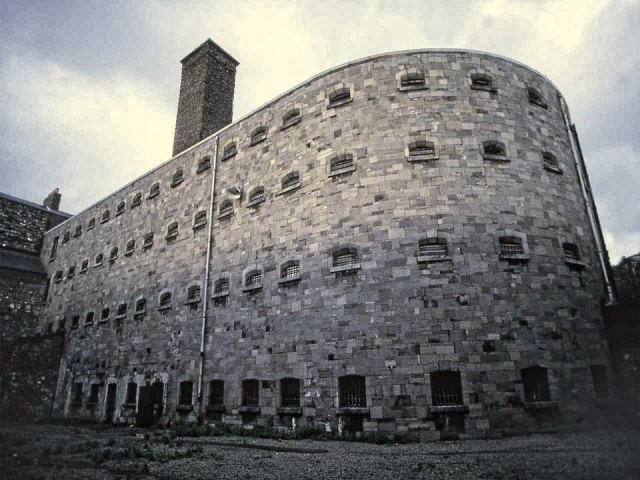 Easter 1916 was not the first time the Irish had taken up arms to fight their oppressor. It was preceded by the Rebellion of 1798, Emmet’s Rising in 1803, the Young Irelanders of 1848, the Fenian Rising of 1867, the agrarian struggles of the 1880s and the Lockout of 1913. More recently, we should not forget the Hunger Strikers of 1981 and countless other acts of resistance and rebellion. But as President Gerry Adams of Sinn Fein said, “Few touch the mind and the heart as deeply as the Easter Rising of 1916.”

The year 1916 saw the coming together of socialists, republicans, nationalists, suffragists and Irish culture activists into a revolutionary movement to establish a democratic and egalitarian republic. Masterminded by the Irish Republican Brotherhood, the fighting included the Irish Citizen Army and the Irish Volunteers Force.

The General Post Office became their headquarters. Shortly after noon on Easter Monday, Padraig Pearse, leader of the Irish Republican Brotherhood and a key leader of the Rebellion, read the “Proclamation of the Provisional Government of the Irish Republic” from the front steps of the GPO. It is a significant document for many reasons, not the least of which is its inclusion of women throughout. While women and their supporters in other nations of the world were struggling to achieve the right to vote, the Proclamation was a radical endorsement of equal rights for women in Irish society.

Pearse read from the Proclamation: “The Irish Republic is entitled to, and hereby claims, the allegiance of every Irishman and Irishwoman. The Republic guarantees religious and civil liberty, equal rights and equal opportunities to all its citizens, and declares its resolve to pursue the happiness and prosperity of the whole nation and all its parts, cherishing all the children of the nation equally.”

More than 100 women took part in the Rising, many of whom were members of the Republican women’s organization Cumann na mBan, which had in its constitution, alongside its equality agenda, an explicit commitment to the use of force by arms against British force in Ireland.

The British quickly declared martial law and ordered reinforcements, leaving the Volunteers vastly outnumbered and outgunned. The siege lasted six days. On Saturday, 29 April, rather than see further bloodshed from the overwhelming firepower of the British Empire, the Volunteers surrendered. The day before, Pearse had seen British soldiers shoot down a group of women in the street, and a family holding a white flag mowed down while escaping their burning house.

Perhaps 1,600 Volunteers had risen up. In Dublin, 450 people were killed, including 230 civilians; 2,614 people were injured, and nine remained missing. Much of Dublin was demolished. Only the façade of the GPO remained.

Many who had been prepared to join the uprising did not, believing the action had been cancelled when Volunteers leader Eoin MacNeill called it off, due to the failure to arrive of a shipment of arms. But the fighting of April 1916 had far-reaching impact.

Much of the population of Dublin (300,000+) was lukewarm to the Rebellion at first. It was the brutal response of the British to the leaders that changed the population’s attitude and set the stage for the next developments.

Secret courts under martial law tried 186 men and one woman: Countess Markiewizc, who played a significant role in the Rebellion. Over two weeks, all seven signatories of the Proclamation and nine others were executed at Kilmainham Jail. Socialist James Connolly, who had been badly wounded at the GPO, had to be tied to a chair in order to be shot. All showed great bravery and resistance to the end.

The secrecy of the trials and quick executions, by firing squad at dawn, had the opposite effect from that which the British had intended.

The Irish public was outraged and the Rebellion’s leaders became heroes and martyrs as public opinion moved toward the goal of a sovereign Irish republic. The years following saw the growth of Sinn Fein, more war with the British, civil war, partition — with six counties in the north remaining part of Britain — and ultimately the independence of 26 of the 32 counties that constitute the Irish island becoming the independent Republic of Ireland.

This year, the Irish celebrate the centennial of the courageous actions of 1916 and say, as they did then, “Tiocfaidch ar la!” (“Our day will come!”)