Richard “Dick” Levins, communist and distinguished Marxist scientist, died on Jan. 19 at the age of 85. He was a population geneticist, mathematical ecologist and philosopher of science. Applying dialectical materialism to biology, he fought against any theory that tried to justify imperialism, racism and class oppression. His extensive work includes “Evolution in Changing Environments” and “The Dialectical Biologist,” articles co-authored with Richard Lewontin. At his death, Levins was professor of population sciences and head of the Human Ecology program in the Department of Global Health and Population, Harvard School of Public Health. The following is an edited memorial reflection by his daughter, writer-activist Aurora Levins Morales.

My father was a product of the Jewish radicalism of the small towns and cities of southern Ukraine. He was raised by his grandmother Leah in a Brooklyn extended family home. Leah, born in the Ukraine, was my father’s main source of political education as a young person. Leah was a sweatshop labor organizer and a feminist. She worked with Margaret Sanger, teaching immigrant women in the tenements about birth control, went to hear Emma Goldman speak and greatly admired Rose Schneiderman, the feminist, socialist labor leader who first said working women needed both bread and roses.

His father was the other source. Reuben Levins was the first U.S.-born member of his family, also Ukrainian Jews, and by his teens helped lead the Young Communist League as it split from the Young Socialists. 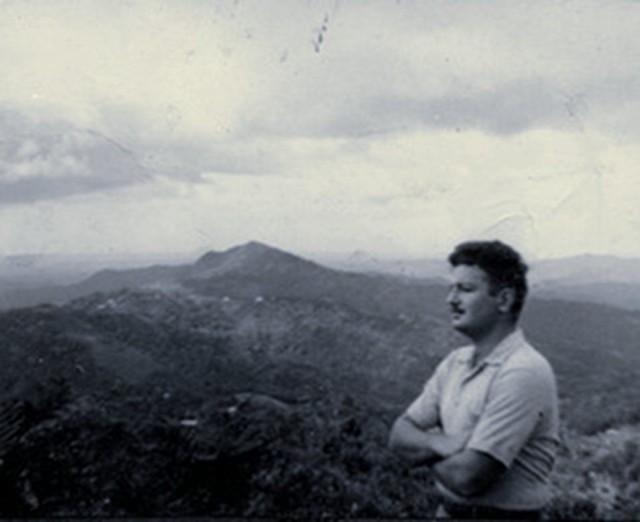 I’m not sure at what age [my father] joined the Communist Party, but he was certainly a member when he started college at 17. He had left home by then, and a year later met my Puerto Rican mother, Rosario, at a communist social evening. They fell for each other at first sight. Their second date was a lecture by Black feminist communist Claudia Jones. Their next date was the Peekskill riot, when white supremacists tried to stop Paul Robeson from performing. They were married in June 1950 as they were both turning 20, and went to live in Ithaca [N.Y.], where my father was enrolled at Cornell.

When he graduated, he was unemployable as a communist. The Korean War had started, and [my parents] were uncertain what would happen when my father refused to fight. So they went to Puerto Rico to get to know my mother’s country and have some time together before a possible separation if my father was jailed.

This was the start of my father’s long relationship with Puerto Rico. At that time he was still a geneticist. My mother’s questions turned him toward ecology. But in the meantime, he was a tropical farmer, conducting fruit fly experiments in between trips to market to peddle vegetables and eggs.

Where my father taught was the [University of Puerto Rico] system’s main campus, and a focus for both anti-war and pro-independence organizing. There were massive draft card burnings, protests against the ROTC on campus and a growing identification with anti-colonial struggles throughout the world, especially with Cuba and the rest of Latin America. In addition to his UPR biology courses, my father taught Marxism classes in people’s homes.

In 1964, my parents were invited to Cuba, where my father was asked to help reorganize the University of Havana biology department. This was the beginning of a lifelong commitment to the Cuban Revolution and to the development of Cuban science. His work on evolution and complexity in environments changed the field of ecology, with profound and widespread impact, but it was in Cuba he was best able to integrate his science and politics and help to develop a revolutionary science that could be put into practice at the service of human liberation.

‘From Rebel to Revolutionary’

In 1966, he wrote “From Rebel to Revolutionary,” a work still deeply relevant. In it, he laid out the necessary evolution from reactive to strategic thinking, using an array of examples from the anti-colonial struggles of the time. 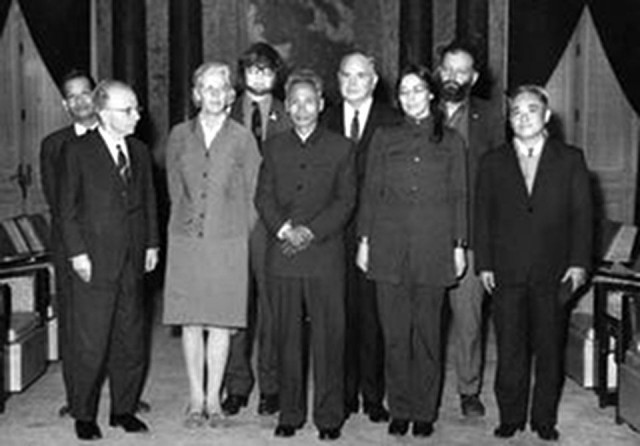 In 1967, we moved to Chicago, and the focus of his political work changed. The Movimiento Pro Independencia had become the Puerto Rican Socialist Party; he was a member of the Chicago chapter. He was an expert witness in a case against the U.S. Navy in Vieques, testified at the U.N. on decolonizing Puerto Rico and taught a class on Puerto Rican history and politics for the Young Lords.

His commitment to his work in Cuba grew and he traveled there more often, eventually going every year. He also went to Hanoi on a science delegation in 1970 and came back to found Science for Vietnam.

For my father, being a revolutionary included infinite curiosity and kindness. He loved exploring how other people think, understanding the roots of their ideology and thinking about why and how we make mistakes. One day when I was 10, I asked him some question about our “enemies,” and he said, “There are no bad people, only bad choices.” That, as much as any theoretical treatise, expresses the way my father approached the world.