Des Moines, Iowa — Thirty-eight-year-old Lamont Walls died at Broadlawn’s Hospital in Des Moines after being found unconscious in his cell at Polk County Jail on March 25. 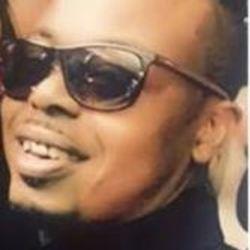 Walls was a student at the American College of Hairstyling when he was arrested by two plainclothes police officers on March 23 during what police called a “narcotics investigation.”  One witness, Temmera Donnelly, said the officers failed to identify themselves. (kcci.com, March 29)

Officers said Walls tried to run away and consumed what “looked like” a bag of narcotics. He was taken to a nearby hospital and was released to Polk County Jail after a medical evaluation. He was arrested for a “probation violation” and “interference with official acts.” (kcci.com)

Two days later, at around 5:30 p.m., Walls was found to be unresponsive by the jail’s staff. He was then transported to Broadlawn’s Hospital, where he died in police custody.

Family members and community groups like Iowa Citizens for Justice are suspicious about the circumstances surrounding Walls’ arrest and untimely death.

Before being taken to jail, Walls was conveyed by medics to the Methodist Medical Center for evaluation. Later, it was reported that an autopsy found nine small bags of heroin in Walls’ stomach.

Community activists are demanding that hospital officials explain why Walls got released from their care if he had swallowed drugs. “Laws should be changed or policies should be changed if someone was seen by an officer swallowing drugs, it should be mandatory because that probably could have prevented him from dying,” Walls’ family friend Calvetta Williams said. (whotv.com, April 3)

The family is calling on authorities to release medical records, arrest reports, jail surveillance video and other evidence to corroborate the official story. They also support the formation of an “independent commission for citizens to report cases of police brutality.”

On March 27, a candlelight vigil was held outside the Polk County Jail to honor Walls’ memory.

“We demand answers for our brother,” Carter said.