Despite a wave of reactionary, anti-trans* legislation sweeping the country, most recently in North Carolina, the two largest teachers unions in Massachusetts have taken a bold stance for equality. (Trans* is used with an asterisk to indicate the spectrum of all the different genders of people who do not conform to the either/or of male/female or masculine/feminine.) The Massachusetts Teachers Association and American Federation of Teachers announced March 14 their support for a bill that would ban discrimination on the basis of gender identity in all places of public accommodation. The bill specifically protects the right of trans* people to use public rest­rooms or locker rooms in line with their gender identity. That right is under attack in state legislatures in Illinois, Mississippi, Tennessee and elsewhere. (transequality.org)

Massachusetts banned anti-trans* discrimination in public schools, as well as employment, housing and lending in 2011, but lawmakers left out public restrooms and locker rooms. However, trans* access to these facilities has been successfully implemented for five years in Boston Public Schools. According to Tom Scott, executive director of the Massachusetts Association of School Superintendents, which endorsed the bill, “We’ve done it in the schools, and I think that it can be done outside the schools.” (Boston Globe, March 14) 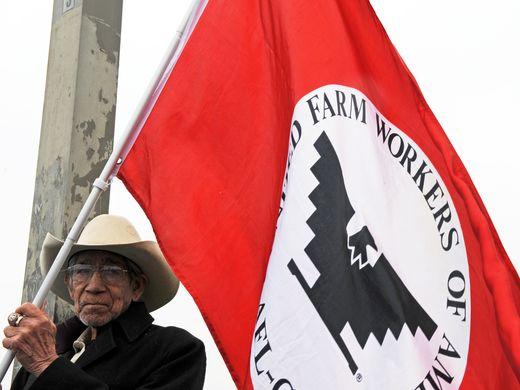 Farmworkers in California, organized by the Farm Workers, are observing “Cesar Chavez Month” — the period between the influential labor organizer’s March 31 birthday and the anniversary of his death April 23 —by staging protest marches with supporters in agricultural centers, demanding the same overtime pay that most workers get and denouncing presidential candidate Donald Trump.

The mass labor struggles of the 1930s won passage of the landmark 1938 Fair Labor Standards Act, which guarantees a minimum wage and overtime for most U.S. workers. However, in a last-minute concession to Southern politicians and farmers who depended on super-exploited Black labor, legislators excluded farmworkers, as well as domestic and tipped workers, from the law’s protections. All these groups, including majority Black and Latino/a farmworkers, continue to be paid lower wages and enjoy fewer benefits.

During the month, thousands of marchers will demand passage of AB 2757, which would mandate overtime pay for farmworkers who work more than eight hours a day or 40 hours a week, to be phased in by 2020. Supporters can sign a pledge and donate to the march effort at action.ufw.org/page/s/otpledge.

Bosses have long used intimidation and anti-union propaganda to try to stop labor organizing efforts, but only recently has hiring anonymous anti-union “consultants” become common. It’s estimated that today they are hired by 75 percent of companies fighting unions.

Many of these viciously anti-worker firms go so far as to advertise their rates of success and some even offer money-back guarantees. For in-depth information about them, visit jwj.org/unionbusters-101.

The Supreme Court sided 6-2 on March 22 with thousands of workers at a pork processing plant in Storm Lake, Iowa, who banded together in a class-action suit to recover overtime pay from Tyson Foods. By deciding the plaintiffs could rely on statistics to prove their case, the court limited the sweep of its 2011 decision in Walmart Stores v. Dukes, which threw out an employment discrimination class-action suit brought on behalf of 1.6 million women workers and made it harder for workers, investors and consumers to join together to pursue claims. The workers sued in 2007 under the Fair Labor Standards Act, arguing they should have been compensated for the time it took to put on and take off the safety equipment they were required to wear while they worked. A jury agreed that Tyson was guilty of wage theft and awarded a $5.8 million judgment in favor of roughly 3,300 workers. (New York Times, March 23)

WW hopes this ruling will help other workers whose bosses have refused to pay for the time they must spend preparing for and cleaning up after work.