The following article was published by FightBack News on March 30. (fightbacknews.org) 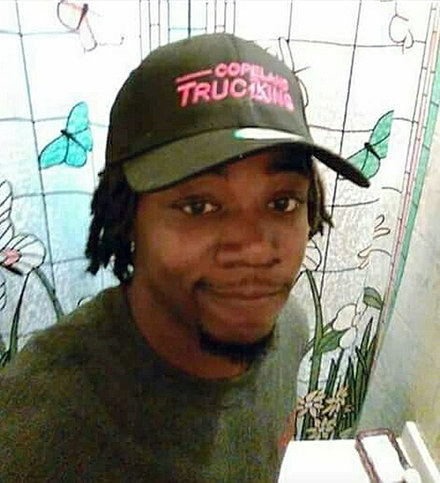 Minneapolis — All eyes were on Hennepin County Attorney Mike Freeman today, March 30, as he announced “criminal charges are not warranted” against police officers Mark Ringgenberg and Dustin Schwarze for the shooting death of Jamar Clark. The room and the hallway outside were packed with Clark’s family members and their supporters, who immediately denounced his decision and called for the community to take to the streets and keep up the fight for justice.

After Freeman spent some time praising himself for transparency and reviewing legal statutes related to his decision, most of his presentation outlined a one-sided police version. He claimed that Clark was acting aggressively, resisting arrest and trying to take an officer’s gun. According to Freeman, when Ringgenberg felt his utility belt slip, he told his partner that Clark was going for his gun. Ringgenberg repeatedly said, “He has got my gun,” and urged Schwarze to shoot Clark. Freeman narrated the video clips he showed, but Jamar Clark’s supporters didn’t buy his story.

Discounting more than a dozen eyewitnesses who said they saw Clark handcuffed, Freeman’s decision rested entirely on the testimony of police and paramedics. But the paramedics who were first on the scene were in their vehicle during the police confrontation with Clark. And the others arrived after he was killed. Police say they found handcuffs open, on the grass near Clark’s body, but Ringgenberg and Schwarze claim they never got them on.

Freeman also repeated several times that Clark’s last words, as Schwarze held a gun to his mouth, were, “I’m ready to die.” His cousin, Cameron Clark, found this claim unbelievable. “I know he wouldn’t say that, and I know he wouldn’t grab a gun.” He said Jamar had a new job and was turning his life around shortly before he was killed. Giving voice to the determination of many to continue the fight for justice for Jamar Clark, he said: “We’re not running. We can’t have this. We have to get justice.”

Later today, the Twin Cities Coalition for Justice 4 Jamar Clark will hold an emergency rally at 5 p.m. at James and Plymouth Avenues North, in Minneapolis. A memorial has been maintained there, the place Clark was killed. Organizers will rally with the North Minneapolis community to demand prosecution of the police. Black Lives Matter Minneapolis and the Black Liberation Project also have plans for a “Post Announcement Gathering,” at Elliot Park in downtown Minneapolis.