Perry County, Ala. — From Alabama to Michigan comes this solidarity message: Black Belt Citizens Fighting for Health and Justice “stand in support of Flint residents and all peoples living in oppressive conditions as a result of racist discrimination.”

As the people of the city of Flint, Mich., fight catastrophic corporate-government collusion in the poisoning of their water supply, folks in tiny Perry County, Ala., are battling coal-ash contamination of its air, dirt and water by a local for-profit landfill. Black Belt Citizens, a grassroots environmental justice group, grew from Black and white residents who formed Concerned Citizens of Perry County in 2003, filed lawsuits to stop the landfill and began educating the public about its dangers. 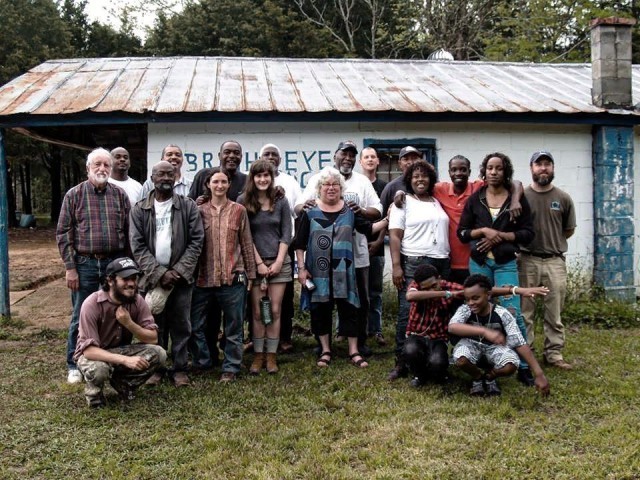 Perry County’s 10,000 people are about 90 percent African American, descended from sharecroppers on local plantations, where their ancestors were previously enslaved. It’s the birthplace of Black Civil Rights activists Coretta Scott King and Jimmie Lee Jackson, whose murder there sparked the 1965 Selma-to-Montgomery March.

A new civil rights movement is strong in the county — against the Arrowhead Landfill, where almost 4 million tons of coal ash were dumped after a 2008 containment failure at a federally run power plant in Tennessee. The landfill in the Perry County city of Uniontown is directly across the street from homes and yards where children play. (motherjones.org, Feb. 29)

Esther Calhoun, president of Black Belt Citizens, says of the landfill: “The smell, the pollution and the fear affect all aspects of our lives. We don’t know whether it’s safe to eat food from our gardens, or simply spend time outdoors.”
(­tinyurl.com/j3p7ltl) 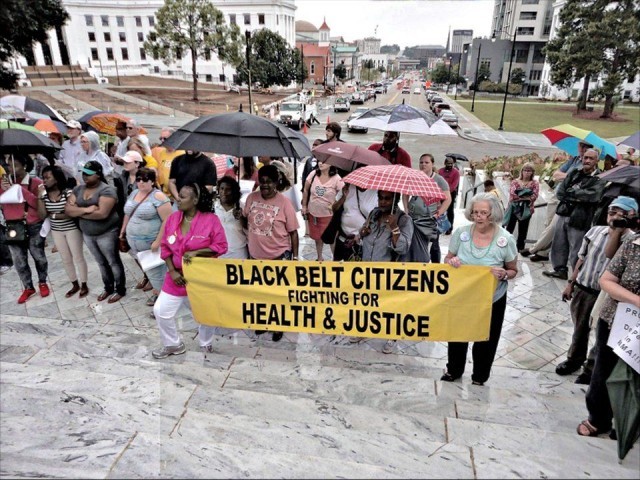 Coal ash carries toxic substances including mercury, selenium, lead, manganese, chromium, cobalt, magnesium and arsenic. People exposed to the ash have increased health risks, including cancer, to their lungs, liver and kidneys. Physicians for Social Responsibility reports that coal ash is “the second largest source of industrial waste in the country, after mining.” Runoff from coal ash into ground water spreads the risk of pollution. (tinyurl.com/jyx5a9h)

Calhoun praises her community’s resistance: “No one thought that the members of this poor community would fight back or that anyone would listen to us.” She also condemns the Alabama Department of Environmental Management and the U.S. Environmental Protection Agency for not stopping toxic dumps in a predominantly Black and poor community, adding, “This is a civil rights issue just as much as an environmental and health one.” (tinyurl.com/h8hshpd)

Southern Black communities have long been targeted for city trash and environmental waste dumping. In 1973, in rural Warren County, N.C., 6,000 truckloads of carcinogenic polychlorinated biphenyl (PCB) were dumped in the poor Black community there, despite local civil disobedience and a national outcry. The incident sparked the rise of the U.S. environmental justice movement. (Jaime Swift, “It’s Not Just Flint,” The Grio, Jan. 24)

Mammoth electric utilities are beginning to close down coal-fired plants and to look for somewhere to dump their coal-ash byproduct. The people of Perry County are fighting back, including with this message on social media: #StandwithUniontown and demand freedom from environmental violence #WeCantBreathe.

For a timeline of the Perry County struggle go to http://bit.ly/1Ks7ztx