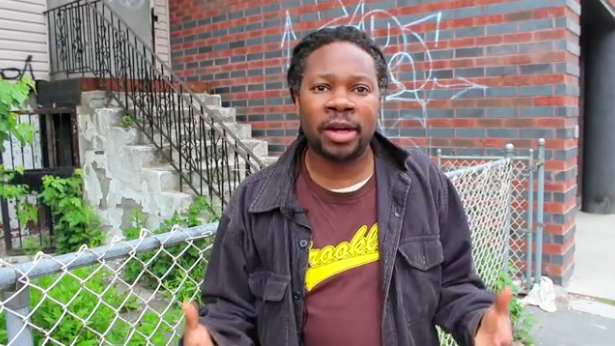 The following is adapted from a WW interview with Imani Henry, of Equality for Flatbush, on the struggle against gentrification in Brooklyn, N.Y.

Brooklyn is definitely ground zero for gentrification in New York City. Gentrification is a global issue. My hometown of Boston is now considered the most gentrified city with the highest rents in the country. San Francisco has priced and pushed out Black, Latino and Latina, and Asian folks for close to a decade. Oakland has a fierce battle with gentrification raging. So does L.A. The bottom line is that Brooklyn is not alone. Many cities are being devastated by rampant gentrification.

Specific to Brooklyn is that rents have gone up by outrageous degrees in neighborhoods where the average median income is under $35,000 a year. People in largely migrant neighborhoods are being priced and pushed out by the thousands. The New York Times reported a 400 percent increase in foreclosures.

Many white folks who don’t know Bedford-Stuyvesant’s long history as a center of Black culture and revolutionary politics are moving in.

We see increased tenant harassment in Brooklyn — everything from landlords denying people gas for 3 to 18 months, to getting checks and then taking people to court for nonpayment, to using people’s immigration, racial or gender status against them.

We’re currently fighting a landlord who refuses to make repairs for long-term tenants in order to force them out — and then overcharges new tenants. If you just moved to Brooklyn in the last five years and you’re in a rent-stabilized apartment, chances are you’re being overcharged $300 to $400.

Tenant harassment is coupled with police harassment. We’ve been able to prove that since 2012, rapidly gentrifying neighborhoods have had high rates of “stop and frisk” profiling. “Broken window” policing has meant summonses for everything from riding bikes on the sidewalk, walking between subway cars, speeding on a platform and being in a park after dusk.

“Driving while Black or Brown.” We do so much work trying to stop the level of tickets and summonses written to drivers of color. A checkpoint is set up and a quota set. We have captured video showing harassment of young people. We’ve also documented plenty of white people drinking or smoking on the subway without getting any tickets.

There is clearly a double standard for people of color and migrants moving in or trying to live or stay in Brooklyn. Landlords refuse to rent or sell to people of color, and at the same time the police are doing everything in their power to push people out of Brooklyn. We’re back to Jim Crow segregation in New York City. 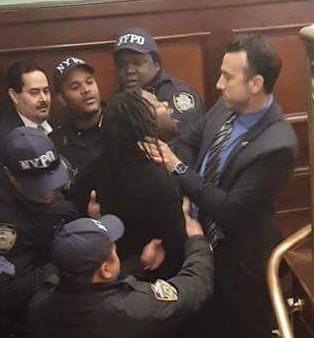 On March 23, the mayor’s housing plan was approved by the City Council. This plan leaves out a large percentage of the people of New York, especially families of color who can no longer afford to live in the city. Some 25 percent of the people here make $25,000 and under a year. Mayor Bill de Blasio’s plan specifically allows rezoning of peoples and communities.

We are sitting in our neighborhoods thinking to ourselves: “We want more skyscrapers? That’s what New York City needs? We need more luxury apartments?” Only a small percentage of housing goes toward low-income units. In our own neighborhoods we are considered minorities.

The housing crisis means that 80 percent of the people spend all their money and resources on paying rent. It is time to have rent regulation universally in New York. The vast majority of people live in unregulated housing, and we should turn that around. We don’t need new condos and luxury developments. What we need is real affordable housing for everyone.

We’re seeing people new to New York City who don’t know their rights and don’t know they’re in a rent-stabilized apartment. They’ve been told lies like “You’re getting preferential rent,” so they think they’re getting a deal. But the truth of the matter is that the landlord is ready to jack up the rent on them at any time. Part of rent stabilization is having a lease with succession rights and repairs that are covered by the landlord. When you’re an unregulated tenant, you’re at the mercy of your landlord.

People with big apartments whose rent is low because they have a lease and have been there for 30 years are being taken to landlord-tenant court. Sometimes they are elders in hospice care who have younger relatives living with them to take care of their dying loved ones.

Developers and the de Blasio administration

At the end of the day the de Blasio administration is beholden to the developers. Capitalism is about profit. Progressive journalist Aaron Cantu has written about the developers behind de Blasio’s pro-gentrification housing plan.

Our community boards must be elected and have veto power because the borough president, who is in many cases tied to real estate money, appoints a community board that then is beholden to him and not to the community. The developers then come to our neighborhoods and get licenses to build. The mayor has made it easier for them to rezone our neighborhoods.

The Equality for Flatbush campaign is partnered with large, affordable housing tenant groups and small grass-roots groups. More protests are being planned. We will be launching a campaign demanding elected community boards. Groups are bringing lawsuits against community boards and the city administration for their role in tenant harassment and discrimination.

We must turn the tide around and make sure that tenants, homeowners, small businesses, people of color, migrants, LGBTQ people, elders, people living with AIDS, disabled people and victims of domestic abuse — all can stay in their homes.