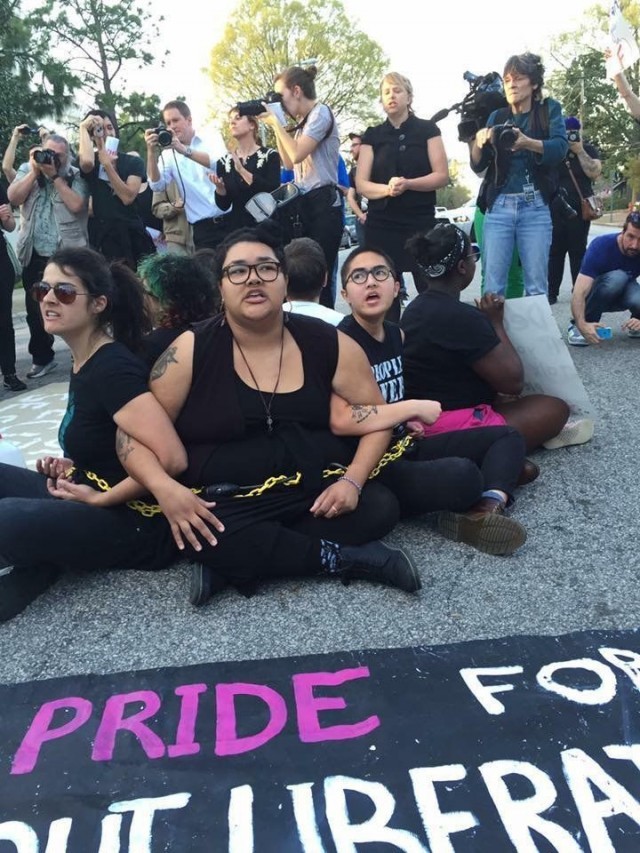 On the anniversary of the passing of Blake Brockington, a Black trans teen from Charlotte, N.C., Gov. Pat McCrory and the North Carolina General Assembly moved to attack working people and create dangerous conditions for women, LGBTQ people, Black and Brown people, and any workers who experience discrimination or who struggle to make ends meet.

The General Assembly and Gov. McCrory chose to criminalize trans and gender nonconforming children and youth, and to scapegoat trans women and other trans people for rape by passing NC HB 2. House Bill 2 bars city and county governments from raising their municipal minimum wage, as well as prohibiting anti-discrimination policies that account for gender identity, expression and sexual orientation.

Lawmakers were given only five minutes to review the bill and it passed within a 12-hour period without a single trans person of color being allowed to speak.

Tonight, we are calling for a Special Session of the People outside of the Governor’s mansion. For Blake Brockington, for Angel Elisha Walker, for all Black and Brown trans and queer people in North Carolina who have been murdered, disappeared or incarcerated, it is our duty to speak. It is our duty to demand freedom, to demand a living wage, to demand education, to demand comprehensive health care that is accessible and free of charge.

[1] Trans People of Color experience rates up to four times the national unemployment rate. Black transgender people live in extreme poverty with 34 percent reporting a household income of less than $10,000 per year. This is more than twice the rate for transgender people of all races (15 percent), four times the general Black population rate (9 percent), and over eight times the general U.S. population rate (4 percent). Injustice at Every Turn: A Report of the National Discrimination Survey. National Center for Trans Equality and National GLBTQ Task Force (2011).

[2] In the 2011, Injustice at Every Turn National Report comprising of 6,450 transgender and gender non-conforming participants: 41 percent of respondence reported attempting suicide, 55 percent lost a job due to bias, 51 percent were harassed/bullied in school, or were the victims of physical assault (61 percent) or sexual assault (64 percent). www.endtransdiscrimination.org