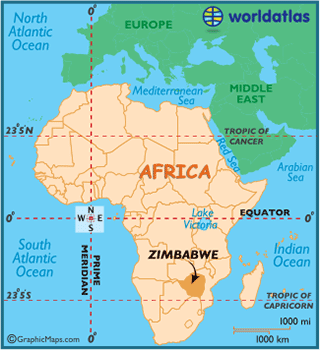 Derick Sibanda, IDCZ spokesperson, said U.S.actions were “deliberately aimed at paralyzing” the economy’s agricultural sector and to frustrate  Zim-Asset, Zimbabwe’s economic development program.  He said: “The two companies have been … affected by virtue of being owned by IDCZ but the latest development will worsen the situation. The two companies are critical in achieving targets set under the Food and Nutrition cluster.” (allafrica.com,  March 10)

These two firms were targeted in the anti-Zimbabwe sanctions implemented in 2003 in retaliation for the government’s year 2000 land reform program.  That program entailed seizures of 50 percent of commercial farms owned by descendants of white British settlers who colonized the country in the late 19th century.

Successive U.S. administrations have never fully supported Zimbabwean independence — even during the height of the 1960s and 1970s national liberation struggle. After the country’s independence in 1980, Washington sought to limit the degree of sovereignty and economic freedom enjoyed by the people of this agricultural and mineral-rich country.

Although Zimbabwe has held numerous internationally monitored elections since 2000, both the George W. Bush and  the Obama administrations have continued the sanctions. The Zimbabwe government, led by the Zimbabwe African National Union Patriotic Front (ZANU-PF), attributes the bulk of its economic problems to these continuing punitive economic measures.

The Obama statement alleges, “These actions and policies” of Zimbabwe’s government “continue to pose an unusual and extraordinary threat to the foreign policy of the United States. For these reasons, I have determined that it is necessary to continue this national emergency and to maintain in force the sanctions to respond to this threat.” (allafrica.com, March 4)

This statement did not document any alleged threats to the U.S. by Zimbabwe, which maintains diplomatic relations with Washington.  Both states have ambassadors in their respective capitals.

These hostile actions are taking place amid a mounting food deficit stemming from existing sanctions and aggravated by an El Niño weather pattern in southern Africa, which impacts climate and water availability throughout the region.  Some 4 million people need food assistance, says Zimbabwe’s state-owned Herald newspaper.

Prisca Mupfumira, minister of public health, labor and social welfare, noted that the government had enough grain stocks to cover the shortages and was moving quickly to import grain to ensure that no one goes without food. She stressed that the government would meet people’s needs, saying, “We have mobilized the resources, and it is all systems out to ensure grain is moved from areas with surplus maize to those that have a deficit.” (Herald, March 15)

Mupfumira emphasized:  “We are now looking forward to the importation programs to increase the flows, but the situation is under control. … The District Development Fund has adopted a ‘hit and run’ concept that operates with … 10 trucks that move from province to province distributing maize from the Grain Marketing Board depots to the vulnerable.”

President Robert Mugabe told a rally in Bindura on March 18 that despite reports of political sectarianism in food distribution, there would be no discrimination based on party affiliations. He assured residents that the government would supply enough food to meet the burgeoning need.

Mugabe stressed: “Whether we find ourselves in the party or any association, we are all the same, bound together as one family of Zimbabweans. … [Food] is being distributed to people as a whole to save them. We might differ on policies but when we talk of food, all of us should be served. It does not matter which church or party one belongs to.” (Herald, March 19)

The sanctions not only target potential imports and exports, but other institutions which assist the IDCZ.  The Treasury Department fined Barclay’s Bank PLC $2.5 million for “violating” the sanctions against IDCZ.

On March 5, Barclays Bank PLC announced that it will close its operations in Zimbabwe, where it has operated since 1912.  This could be devastating to the country’s ability to attract foreign direct investment.

Even though the U.S. has expanded sanctions against Zimbabwe, the European Union has purportedly lifted most of its bans on conducting trade with the country. However, with Washington seeking to cripple the ZANU-PF government through blocking financial transactions, these measures will make it impossible to resume normal relations with other states that do not share U.S. policy.

There is speculation that the withdrawal of a transnational bank like Barclays from the African continent indicates an exodus of capital from the region. Neighboring South Africa is undergoing an economic downturn where the value of the national currency has decreased and a flight of private investment has recently occurred.

Anti-imperialist and other progressive forces must strongly pressure the U.S. to stop its sanctions against Zimbabwe, so the country can develop its economy free of imperialist impediments.