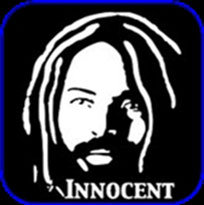 Mumia has a life-threatening hepatitis-C condition and needs a type of medication proven to have a 99 percent success rate. Deliberate delay continues to severely endanger this heroic freedom fighter’s life.

Recent visits by movement leaders Pam Africa, Suzanne Ross and Johanna Fernandez of the International Concerned Family and Friends of Mumia Abu-Jamal, the Free Mumia Coalition and the Campaign to Bring Mumia Home, respectively, confirmed that his life-threatening condition has continued since its discovery last year. In fact, Mumia’s physical condition continues to dangerously decline daily.

This is totally unacceptable! The MOVE Organization and Educators for Mumia have also mobilized and taken action. They sent out the following appeal:

“We strenuously urge all people of goodwill to support the following demands:

“3. Vigilant monitoring of Mumia for signs of diabetes — especially his blood sugar, since an attack nearly killed him in the spring of 2015!

“Keep the pressure on to treat Mumia and ultimately free him!”