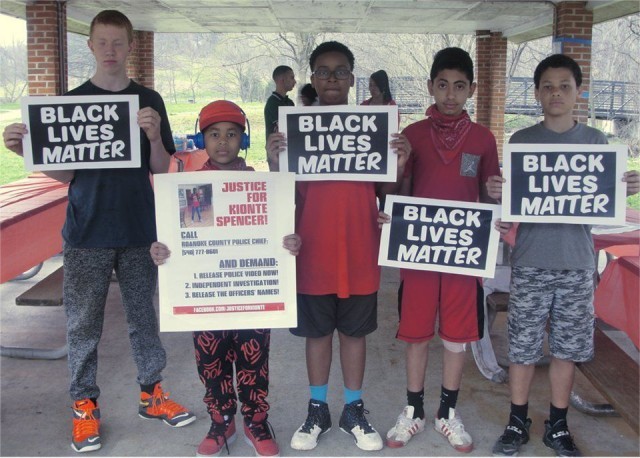 Dozens of community members, including Kionte Spencer’s relatives, participated in a celebration of his life on March 13 at Garst Mill Park in Roanoke, Va. Spencer was shot and killed by Roanoke County police officers on Feb. 26.

The commemoration began with a group circle and powerful songs. Youth who had spent time at the park with Spencer spoke about their relationship with him, their mentor, and told how he touched their lives. A collective speak-out followed, where participants described their relationships with Spencer — and demanded justice and accountability from the Roanoke County police department.

The department hasn’t released any video of the shooting or names of the officers who were involved. Those at the gathering demanded the release of the names and the video and called for an independent investigation of the murder.

A collective meal was held after the speak-out where those who had gathered got to know each other and shared memories of Spencer. Community members from faith-based churches and organizations, union members, anti-war activists, students and others discussed the next steps in the campaign to obtain “Justice for Kionte.”