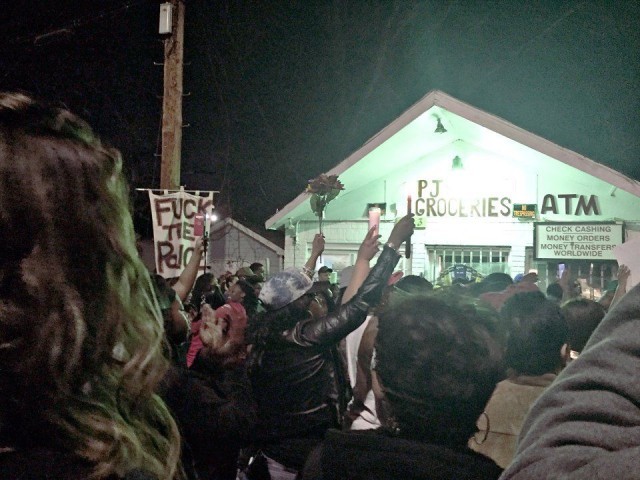 Police in Raleigh, N.C., shot and killed 24-year-old Akiel Denkins, a father of two, on Feb. 29 in his neighborhood in Southeast Raleigh. That night, his family, along with hundreds of people from the community, gathered for a vigil at the spot where he was murdered. Later, the crowd marched through the streets of the neighborhood with chants of “Black Lives Matter!” and “What do we want? Justice! When do we want it? Now! And if we don’t get it? Shut it down!”

Several demonstrations took place throughout the week, including one the following day as a crowd of hundreds blocked downtown traffic during rush hour, and another later in the week led by Shaw University students, a Historically Black College and University, to demand justice for Denkins.

The family and the community are pressing forward with calls for justice, with several more actions planned for the upcoming week. The situation is quickly developing and will be covered in more detail in the upcoming issue of Workers World.