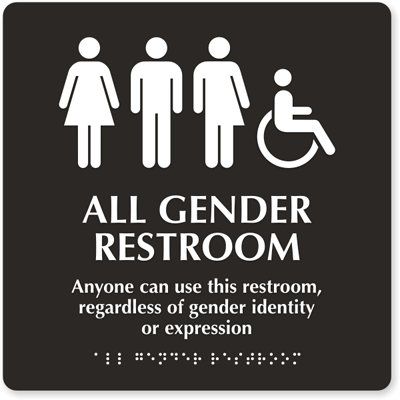 LGBTQ people continue to be under assault in the U.S. Ruling-class right-wingers are seeking to divide oppressed people and workers by pushing “wedge issues” aimed at people of color; women; immigrants; disabled people; and lesbian, gay, bisexual and trans* and queer people. (Trans* is currently used with an asterisk to indicate the spectrum of all the different sexes and genders of people who do not conform to the either/or of male/female or masculine/feminine.)

A vicious Texas campaign in November defeated a Houston resolution protecting the right of trans* people to use any bathroom they feel best matches their sex and gender identity. Opponents whipped up fears by claiming this would give predatory men, including rapists, the legal right to enter women’s bathrooms. (The Atlantic, Nov. 3)

In February, the Republican National Committee called for the Department of Education to cancel its interpretation that facility use by transgender students was covered by Title IX, U.S. legislation prohibiting sex discrimination in education. The RNC also directed state legislatures to enact laws to “limit the use of restrooms, locker rooms and similar facilities to members of the sex to whom the facility is designated.” Forty-four anti-trans* bills are now pending in 16 states in the U.S. (­advocate.com)

Pro-trans* is not anti-woman or anti-child

The right-wing drive echoes a vicious 1970s campaign against the pro-woman Equal Rights Amendment because “it would force women and men to use the same bathroom.” And the campaign evokes the centuries of U.S. slave laws and segregation when African Americans and other people of color were denied the right to bathroom access by law.

Bigots are also manipulating the old slur that LGBTQ people are “child molesters.” In the past, this lie was used to deny lesbians and gay men custody of their own children and to fire lesbian and gay teachers. Now, bigots are falsely claiming girl children are not safe in a bathroom with transgender women.

Factually, more than 90 percent of the people who harm children sexually are not strangers, but someone the child already knows and trusts — a parent, other relative, teacher, recreation counselor, babysitter or family friend. (childsafeeducation.com)

There is zero statistical evidence that transgender people harass nontransgender people in public restrooms, according to the Transgender Law Center, the Human Rights Campaign and the American Civil Liberties Union. (mic.com, April 2)

Brutal and violent attacks on women by men happen already, inside and outside of bathrooms — including in state legislatures.

But these are not attacks by transgender men or women. Rather, trans* people are the ones being attacked.

A 2013 Williams Institute study revealed that 68 percent of trans* people seeking to access a toilet were “told they were in the wrong facility, told to leave the facility, questioned about their gender, ridiculed or made fun of, verbally threatened, or stared at and given strange looks.” For some, police were called in to arrest them. Others were followed and threatened after leaving the bathroom. (thinkprogress.org, June 26, 2013)

Nine percent of trans* people in the study reported being “forcibly removed from the restroom, hit or kicked, intimidated or cornered or slapped; one respondent reported being sexually assaulted.” The study found serious health consequences to trans* people from lack of bathroom access. Fifty-four percent reported “dehydration, urinary tract infections, kidney infections, and other kidney problems.”

The bigots’ attempt to reduce human complexity to a simple “M” or “F” flies in the face of scientific facts. These show that all creatures, including human beings, live on a vast spectrum of sex and gender, created from chromosomes, hormones, reproductive organs, secondary sex characteristics, self-identification, cultural patterns and social roles. (“Evolution’s Rainbow: Diversity, Gender, and Sexuality in Nature and People” by Joan Roughgarden)

Given these facts, a basic human right should be access to bathroom facilities under safe conditions for every person.