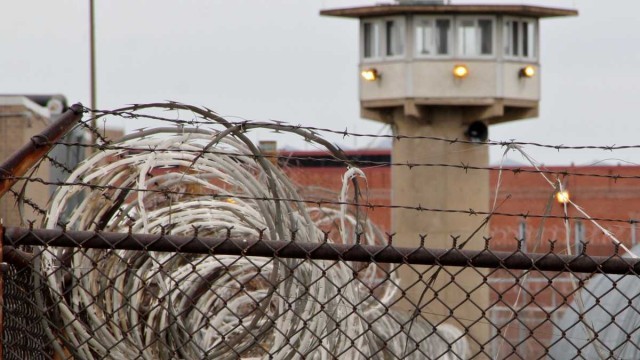 A coalition of groups is collecting signatures on an appeal to Pennsylvania Gov. Tom Wolf “to see to it that everyone with the hep C virus should get the cure — those in prison, too.” The organizations are all active in the movement to free renowned political prisoner Mumia Abu-Jamal, who is suffering from the effects of the hepatitis C virus, as are thousands of other prisoners. An estimated 22.1 percent of women and 12.8 percent of men in New York State prisons are infected with HCV, according to the Women in Prison Project. Signed cards and letters will be delivered to Wolf’s office at the end of a protest march in Philadelphia on Friday, April 22.

We call on you to make the cure for hepatitis C possible for thousands of Pennsylvanians infected with this virus, including up to 10,000 in Pennsylvania prisons and 45,000 in Philadelphia. There is a cure that is 95 percent effective, but Gilead Sciences charges up to $94,500 for the 12-week-long treatment with Sovaldi or Harvoni. Thousands are being denied the hep C cure by Medicaid, the Veterans Administration, personal medical insurers and the PA Department of Corrections. In 2015, while many people were suffering and dying from cirrhosis or cancer of the liver because they didn’t have the means to pay the steep price for the cure, Gilead made an obscene $17 billion in profits.

As we informed you in petitions last year, political prisoner Mumia Abu-Jamal almost died from hepatitis C complications. The DOC spent over $160,000 treating Abu-Jamal’s hep C symptoms but refuses to provide him with the available cure. The cost of the DOC’s refusal to cure the disease when first detected is not only immeasurable in suffering and loss of lives of state prisoners but leads to higher financial expenses as the disease is allowed to develop into cirrhosis or cancer of the liver. We ask you to make the DOC’s hep C protocol a guide for treatment and eradication of HCV, not a manual for the denial of care. Prisoners with untreated hep C unknowingly bring this deadly disease back to their communities — often to neighborhoods with poor access to quality health care.

HCV is a greater threat to Pennsylvania residents than HIV, Ebola or Zika. Countries such as Egypt and India are providing the hep C cure to their patients for a tiny fraction of the cost in this country. Why not Pennsylvania? Governor Wolf, it is your job to see to it that everyone with the hep C virus should get the cure — those in prison, too.

For prisoners like Mumia Abu-Jamal, untreated hepatitis C is a death sentence. The Pennsylvania DOC’s refusal to fully treat Abu-Jamal and other prisoners is a clear violation of the U.S. Constitution’s Eighth Amendment prohibiting cruel and unusual punishment. In light of the PA DOC’s refusal to provide the cure to HCV, we therefore call on you to release Mumia Abu-Jamal and all other prisoners needlessly suffering from untreated hepatitis C.