Workers World welcomes the news that an acknowledged leader of the Basque Left, Arnaldo Otegi, was released after spending six-and-a-half years as a political prisoner of the Spanish state, punished for his work for the self-determination of the Basque country and people. Workers World had joined in the appeal for his freedom and will join in the ongoing appeal to return Basque political prisoners to the Basque Country and for their freedom. We publish below Otegi’s first statement upon his release: 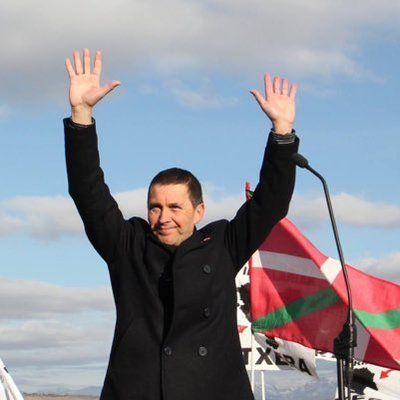 All these cameras are never there when social prisoners leave this prison. The cameras are never there when immigrants are expelled from these prisons. There are not this many cameras when humble and working people are evicted from their homes. So what we say is, for those of us who are Marxists, facts are those that are contrasted with reality, and the reality is that all these cameras wouldn’t be here if they didn’t know that today, as on many other occasions, a political prisoner leaves a Spanish prison.

Six-and-a-half years ago, they tried and imprisoned us for making a bet for peace. And I want to congratulate all of you for having sustained that bet above all provocations. Indeed, peace is the way, but in that way our commitment has to be taken to the end, and that’s what I intend to do with all of you. When we were put in jail, we were imprisoned as Basques and as Basques we come out. As pro-independence we were imprisoned, and as pro-independence we come out and as socialists, and as socialists we leave.

So all I want to say to sum up, because I know that there is much curiosity about this issue, is, the best Lehendakari [president of Basque government], the best mayor, is the people!