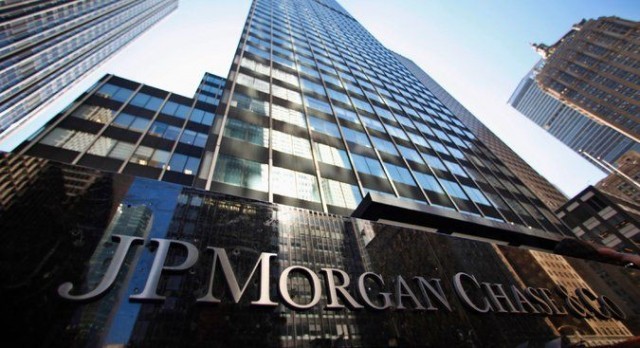 One of the most popular planks of Sen. Bernie Sanders’ presidential campaign platform is to break up the big banks.

Sanders pointed out in a May 6, 2015, release: “The six largest U.S. financial institutions today have assets of some $10 trillion, an amount equal to almost 60 percent of the gross domestic product. They handle more than two-thirds of all credit card purchases, control nearly 50 percent of all bank deposits, and control over 95 percent of the $240 trillion in derivatives held by commercial banks.”

These banks tower over society and cause misery to millions. Just from 2008 to 2014, some 5.4 million homes in the U.S. were “repossessed” — that is, stolen from their families. (tinyurl.com/avys5sk)

When the Pentagon invaded Iraq twice, it was serving the interests of these banks and Big Oil to open new areas for investment and exploitation.

But is splitting up trillion-dollar banks like JPMorgan Chase, Bank of America, Citibank and Wells Fargo into mere multibillion-dollar banks going to help? Even smaller financial institutions will still be able to buy both parties in Congress and throw people out of their homes.

Vice President Joseph Biden, then a Democratic senator from Delaware, was a sponsor of the Bankruptcy Reform Act of 2001. That bill would have made it much harder for people to declare bankruptcy if they were unable to pay credit card debts — debts with 23.99 percent interest rates, which are loan-shark rates.

This act passed the Senate on the demand of MBNA, a Delaware bank that was the largest issuer of credit cards. This outfit, taken over by Bank of America in 2006, moved from Maryland because state legislators refused to raise an 18 percent interest rate limit. Hunter Biden, a son of Joe Biden, became an MBNA vice president.

The bill was so unpopular that it was voted down in the Republican-controlled House of Representatives. To his credit, then-Rep. Bernie Sanders voted against it. A similar rotten bill passed Congress in 2005.

So why doesn’t presidential candidate Bernie Sanders call for a moratorium on all foreclosures, evictions and utility shutoffs? Hillary Clinton doesn’t either, not to mention the Republicans.

Breaking up the big banks and insurance companies into a thousand pieces won’t stop racist lending practices. Big and small banks economically blockaded the overwhelmingly Black city of Detroit. “From 1988 to 1990, only one building permit for a single-family home was issued in the entire 139-square-mile city of Detroit.” (New York Times, July 5, 1997)

Why don’t we take over the banks instead? JPMorgan’s CEO Jamie Dimon didn’t produce a dime in value for the $27 million salary he got last year. His bank’s $2.4 trillion in assets are drained not only from poor and working people in the United States, but from millions of people in Africa, Asia and Latin America as well.

Like a reverse blood transfusion, the trillions locked in the banks represent unpaid wages heisted from the poor and given to the rich. This wealth was taken from workers paid the minimum wage at the local McDonald’s and Walmart. It was stolen from workers being paid pennies an hour in garment sweatshops in Bangladesh and Honduras and palm oil plantations in Nigeria.

Lenin, the leader of the Russian Revolution, was also concerned about big banks. In “Imperialism, the Highest Stage of Capitalism,” Lenin wrote a century ago that “[banks,] concentrated in a few hands and exercising a virtual monopoly, extract enormous and ever-increasing profits … [and] levy tribute upon the whole of society.”

Banks are supposed to lend money to increase production. That’s hardly happening: Since 2000, six million manufacturing workers have lost their jobs in the United States alone.

Where are bank loans for affordable housing? The bankers have lent billions to build dozens of luxury condominiums instead. The average price of a Manhattan apartment in New York City is now $1.87 million. (New York Times, July 1)

Fearing an economic collapse, the banks are hoarding their money. So are the world’s super-rich, who have $32 trillion in offshore tax havens. (Reuters, July 22, 2012)

Revolutionaries led by Lenin, called the Bolsheviks, didn’t just split up the Russian banks. They organized the people to take them over.

We’re not talking about bailouts or even nationalizing banks whose stockholders are lavishly compensated. The Bolsheviks conducted a people’s takeover in which the capitalist bankers got nothing.

The new socialist banks became a vital part of socialist economic planning that modernized the Soviet Union and allowed it to defeat Hitler’s war machine. Tragically, socialism was overthrown in the Soviet Union by a counterrevolution.

With the help of its socialist banking system, socialist Cuba has been able to survive despite being blockaded.

The capitalist world market has made inroads in the People’s Republic of China. Yet the banks there are still controlled by the socialist state led by a strong 90-million-person Communist Party. which has enabled China to grow despite the 2008 capitalist world economic collapse.

The writer is a recently retired Amtrak train dispatcher who crossed his fingers whenever Portal Bridge was opened.