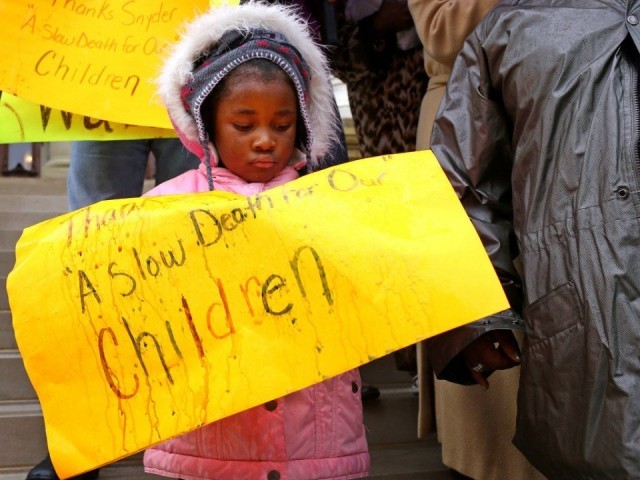 The following resolution was passed unanimously at the January membership
meeting of the International Longshore and Warehouse Union, Local 10, based in
San Francisco.

Whereas, the drinking water in Flint, Mich., has been poisoned with lead ever since the decision was made more than a year ago to use the contaminated Flint River as the source of drinking water; and

Whereas, it has now been revealed that Michigan’s Gov. [Rick] Snyder’s administration has known about Flint’s severe water problems for more than a year but lied to residents that the water was safe; and

Whereas, the deaths and permanent long-term damage from this disaster to tens of thousands of Flint’s predominantly Black residents, especially children, is the latest tragic consequence of human rights violations that elected and appointed officials in this country have made that disproportionately affects the health and well-being of Blacks; and

Whereas, failure to act decisively now can only lead to more man-made, intentional public health crises;

Therefore Be It Resolved that Local 10 holds Michigan Gov. Snyder accountable for the Flint disaster and calls for a federal investigation to bring criminal charges against him and that he be suspended from office immediately pending its outcome,

And Be It Further Resolved that Darnell Earley, the Flint emergency manager when Flint switched its drinking water source to the poisoned Flint River water, also be a subject of federal criminal investigation, and that he be immediately removed from his position as emergency manager of Detroit Public Schools (the position to which Snyder promoted him in 2015) so that he can do no further harm to the children of Michigan;*

And Finally Be It Resolved that upon approval, this motion will be taken to the San Francisco Labor Council and the California State Federation of Labor.