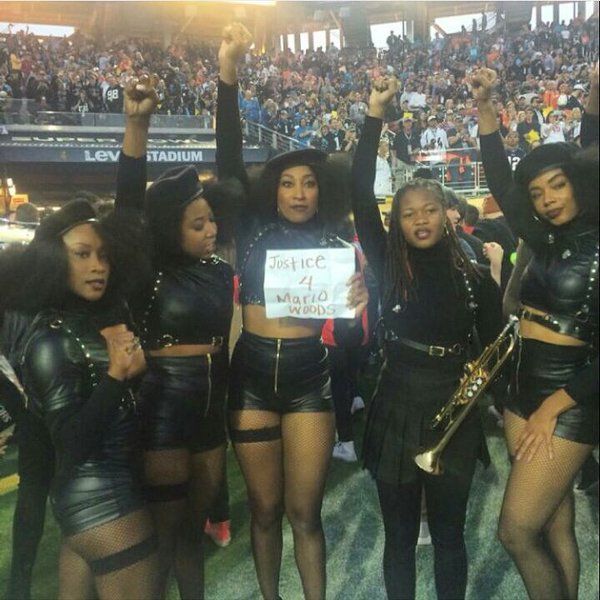 According to an autopsy report released Feb. 11 by San Francisco Chief Medical Examiner Michael Hunter, the five San Francisco police officers who killed Mario Woods put a total of 20 bullets into his body, many from behind, and one additional “probable gunshot graze wound” to his right cheek. (San Francisco Chronicle, Feb. 11) Investigators found at least 27 bullet shell casings at the scene. The firing-squad-style execution on Dec. 2 was captured by three eyewitness videos.

The San Francisco Chronicle reported that one of the videos “showed one officer stepping in front of Woods, who was 26, as he shuffled along a wall, with the gunfire coming moments later from officers who had surrounded Woods. The report lists Woods as 5-foot-9, 156 pounds.” (Feb. 11)

John Burris, the family lawyer, described the third video coverage in a press conference on Dec. 11: “Mario’s arms were at his sides. He was not committing a dangerous act. He was not threatening police officers at the time. He was walking slowly. It was the police officer that created confrontation when he jumped in front of him.” (S.F. Chronicle, Dec. 12)

SFPD Chief Greg Suhr tried to claim the usual “police were in fear of their lives” at a town hall called two days after the shooting. Displaying an enlarged frame from one of the videos showing Woods with his arms extended, Suhr claimed it showed that Woods was pointing a small kitchen knife at the officers. The slow motion playback of the same video proved the first shot was fired before Woods’ arm was extended.

On Jan. 21, even San Francisco Mayor Ed Lee, bowing to the ongoing community anger over Woods’ killing, was forced to call for a federal investigation into Woods’ death and SFPD practices.

In response to a federal civil rights lawsuit filed by Woods’ family, San Francisco Deputy City Attorney Sean Connolly has claimed that the SFPD acted lawfully in killing Woods. According to the Feb. 12 Chronicle, city attorneys claimed police officers “need not use the least intrusive form of force when dealing with an armed suspect who poses a threat to the public or police officers. Police officers need not wait until they or a member of the public are assaulted before using lethal force.”

Just the day before, on Feb. 10, Chief Suhr had brought out a revised proposal to equip some officers with Tasers or stun guns. Tasers are proposed as nonlethal alternatives to guns but have proven to be fatal; the Washington Post revealed that 48 people died in 2015 alone after being tased by police. Many are enraged that the police chief is using the killing of Woods to justify reintroducing the proposal, which had previously been defeated by community campaigns.

The community, led by Black activists in the Bayview Hunters Point neighborhood where Woods was killed, has been unrelenting in keeping the pressure on for justice for Woods. Demands include prosecuting the five cops who killed Woods, the firing of Chief Suhr and the resignation of Mayor Lee.

Ronnisha Johnson and Rheema Emy Calloway of Black Lives Matter Bay Area bought tickets to the Feb. 7 Super Bowl with the intent to get international publicity for Wood’s case, in juxtaposition to the multimillion dollar spectacle of the game. They succeeded in getting some of Beyoncé’s dancers to hold a sign after the halftime show reading “Justice for Woods” and, with raised fists, chanting the same. The dancers were dressed in all black, sporting Black-Panther-style berets, in what is widely regarded as Beyoncé’s tribute to the 50th anniversary of the founding of the Black Panther Party.

Additionally, at Alicia Keys’ Feb. 6 concert in San Francisco the night before the Super Bowl, Keys said: “I want to thank you for your commitment to making sure justice is done for Mario Woods. As the mother of two Black sons, it breaks my heart to see what we’ve been seeing, the killings we’ve been seeing on camera and all the people that we’ll never see. Black lives matter, and we all of every color need to come together to end systemic racism.” (S.F. Chronicle, Feb. 8)