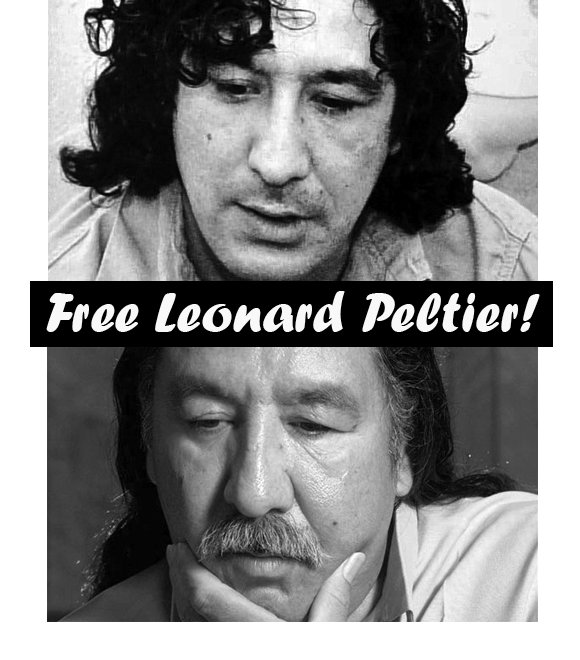 New York, Feb. 6 — African-American, Puerto Rican, Palestinian and other organizations joined with the attorneys for Native political prisoner Leonard Peltier at a meeting at the Martin Luther King Labor Center here this evening to raise funds for his defense on the 40th anniversary of his imprisonment.

Leonard Peltier is a Native-American activist who was illegally tried and convicted for his participation in a firefight on the Pine Ridge Reservation in South Dakota in 1975 that was part of the continuation of the Native struggle begun at nearby Wounded Knee in 1973. Two other firefight participants were acquitted on the grounds of self-defense.

Following this acquittal, the FBI went to extraordinary lengths to punish Peltier, the remaining defendant, finally arresting him in 1976 and convicting him the next year. As his defense committee explains it, “Someone had to pay.”

Nerdon Kiswani, of the New York City Students for Justice with Palestine, told the audience, “Our struggle is one. We have fundamental beliefs to destroy all oppression! We have to work together.” Kiswani showed how Peltier’s case was connected to the incarceration of 670 Palestinian political prisoners by the Israeli state. Of these prisoners, many are youth being held without charges and are among the 7,000 Palestinians currently imprisoned by the Israeli state.

Other speakers included Orie Lumumba, of the MOVE Organization, who supported Peltier’s release as well as that of the MOVE 9, who were also unfairly tortured and incarcerated.

Peltier’s attorneys, Martin Garbus and Cynthia K. Dunne, also spoke and described Peltier’s strength in spite of his ailing health. They listed the numerous constitutional violations against Leonard and said that all legal remedies have been exhausted. What remains, they said, is to apply united pressure to win executive clemency.

Organizers offered cards for signatures that will be sent to President Barack Obama. They urged everyone present to use the cards to build support, along with phone calls, tweets, emails and letters to Obama.

Dequi Kioni-Sadiki, of the Malcolm X Commemoration for Political Prisoners, and Frank Velgara, of ProLibertad, co-chaired the meeting. They welcomed the Red Storm Drum and Dance Troupe and spoke of the need to support Mumia Abu-Jamal, Puerto Rican political prisoner Oscar López Rivera and others. For more information, write to [email protected] or see whoisleonardpeltier.info.