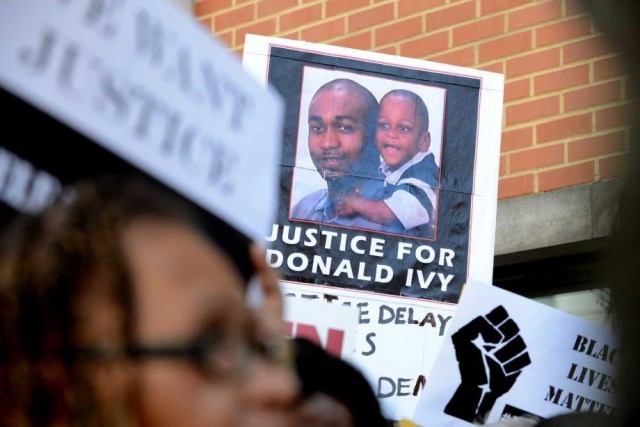 Albany, N.Y. — More than 100 protesters packed the rotunda of the City Hall in Albany, N.Y., on Jan. 25 to demand justice for Dontay Ivy. Ivy, a 39-year-old Black man who suffered from mental illness, was taking his regular nighttime walk last April 2 when he was Tasered, clubbed and tackled by several Albany cops. Ivy suffered a heart attack shortly after the assault and died.

The cops admitted they had no reason to stop Ivy, yet none was charged with any crime for his death. His killing has sparked outrage from the African-American community and its supporters. Protesters have called for the firing of Albany Police Chief Brendan Cox, as well as the arrest and prosecution of the cops responsible for Ivy’s death.

Defying a large police presence, the City Hall demonstration, organized by the Black Lives Matter chapter of upstate New York, interrupted Albany Mayor Kathy Sheehan’s “State of the City” address. Protesters hung banners from the ceiling behind the podium, one reading “Justice for Dontay” and the other “State of Denial.”

For 20 minutes, the crowd prevented Sheehan from speaking, chanting “No justice, no peace!” and “Fire those cops!” Then the crowd filed out, singing “I can’t breathe,” a ballad inspired by the killing of Eric Garner at the hands of New York City police. (timesunion.com, Jan. 26) They held their own “State of the City” rally outside on the City Hall steps, where they proclaimed that Albany is a place where a Black man is “guilty until proven innocent.”

“What I would like to hear is an acknowledgment that this is what happens and that we’re not making this stuff up,” said Sean Desiree, cofounder of the newly announced upstate Black Lives Matter chapter. (twcnews.com, Jan. 25)