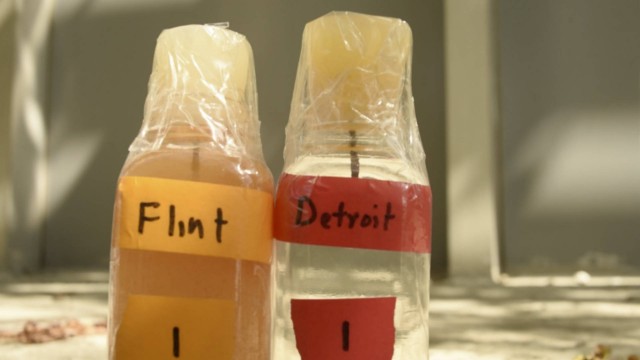 General Motors announced Feb. 3 gargantuan profits for 2015. The auto giant netted $9.7 billion after what little it pays in taxes. Organizers in Detroit with the Moratorium NOW! Coalition to Stop Foreclosures, Evictions & Utility Shutoffs say that $4 billion of that sum should immediately go to help the people of Flint rebuild their water infrastructure and for medical needs.

A demonstration is planned for Feb. 10 at 4 p.m. outside the GM world headquarters in downtown Detroit (on E. Jefferson between Brush and Beaubien) to demand the company use $4 billion — less than one-half of one year’s profits — to help the city it used, destroyed and left behind.

So far GM has been silent about the Flint water catastrophe, even though, as activists point out, “It was GM’s actions that were responsible for the financial destruction of Flint, a majority African-American city placed under emergency management, and the disastrous consequences that followed.”

A statement issued by the Moratorium NOW! Coalition points out: