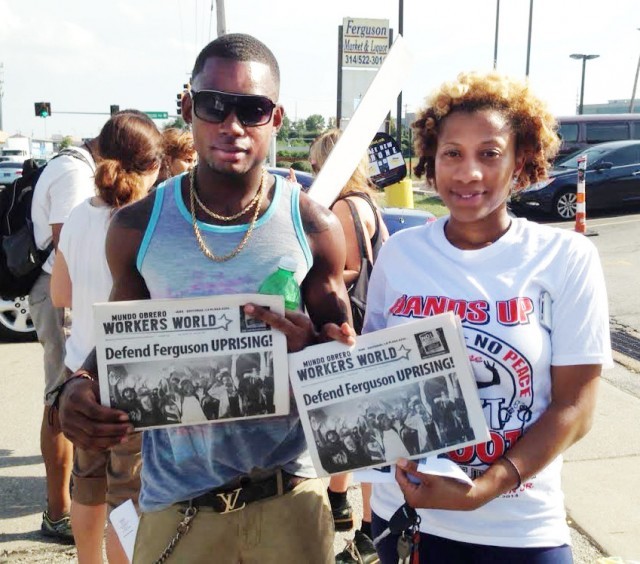 The heroic Black Lives Matter movement is the latest chapter in the centuries-long struggle to end the brutal, genocidal history of racism, starting with slavery, that permeates every aspect of U.S. life. However, that continuing history of vicious oppression and criminal exploitation is not common knowledge today.

That’s why Workers World makes a big deal of Black History Month, as we commemorate the many sacrifices and valiant struggles of African Americans from slavery to the present day to eradicate institutionalized racism, root and branch, in this country.

But, as you know from reading this newspaper, Workers World doesn’t just cover the Black struggle one month a year. We write about it in depth all year, every year. Our coverage includes the racist poisoning of water in the majority African-American city of Flint, Mich., as well as the daily cop murders of Black and Brown people all around the country. We also expose the criminal injustice system that allows killer cops to walk free — like the one who arrested Sandra Bland in Texas and the one who executed 12-year-old Tamir Rice while he was playing with a toy gun in the park in Cleveland. Even if the cop who murdered Laquan McDonald in 2014 in Chicago was indicted, he might get a slap on the wrist like the cop who only served 11 months for killing Oscar Grant in Oakland in 2009 in cold blood.

WW bases our weekly coverage of the ongoing Black struggle here, and the one in Africa to throw off imperialist chains, on the principle of self-determination: that oppressed people have the right to fight to end all forms of inequality and injustice — by any means necessary.

If you appreciate that coverage and more, it’s time to join the Workers World Supporter Program. We established it in 1977 so readers could help us publish anti-racist, working-class truth and build the many campaigns needed to make qualitative, revolutionary change that crushes capitalism and ushers in socialism.

Write checks to Workers World and mail them, with your name and address, to 147 W. 24th St., 2nd Floor, New York, NY 10011. Or donate online at workers.org/donate/. We are grateful for your help in building the revolutionary press in the U.S.