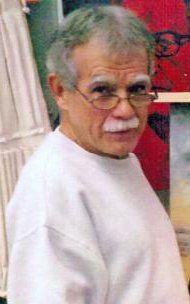 The following is a letter written by Puerto Rican political prisoner Oscar López Rivera, who has been in a U.S. prison since 1981. It was read by his daughter Clarisa on his birthday, Jan. 6, and published in Spanish on Jan. 11. (Original: tinyurl.com/z3q9ox5)

During the last visit with my beautiful daughter, she said that I was becoming totally bald. But that’s a loss I can endure. She did not mention the wrinkles that have accumulated, the slowness in my hands, the loss of balance in my body that is becoming increasingly worse, the lack of elasticity in my body, the cramps I feel throughout the day and during every season of the year, the gastric reflux, the loss of teeth and even the slowness in my thought processes — the list goes on. At my age, the pack of worries grows constantly heavier, bigger and continues to grow. And I can state without a trace of doubt that the calendar is a SAGRADA JODIENDA (HOLY F-CK).

But I can still get up before 4 a.m. and start my day with a good exercise routine, thanking life for all the good things it has given me, especially for all the good people who have become part of my life because they love freedom and justice and want a better and fairer world like I do. And 16 hours later I can lay my old body down to relax, listen to some music and news, and again thank life for all that it has given me.

In my pack of worries, there are two very big concerns that have been added: the debt crisis in Puerto Rico and that my granddaughter Karina has to incur a huge debt to gain entry into a dental school. I have to admit that for the last one, I have no way of doing anything to help her. Student debt in this country is more than $3 trillion and growing. It is painful to see my granddaughter Karina adding her name to the list of student debtors.

The snares of student debt

Today, students from working-class families have fewer and fewer opportunities to enter graduate schools. And with an enormous debt, the opportunities are fewer. And if you’re in the fields of medicine, engineering and other well-paid professions, the chances are even lower. It’s not because students aren’t smart enough or because they aren’t academically prepared, but because of the cost and the system that’s been created to entrap them in the snares of student loan debt.

How can a student of a working-class family come up with $68,000 a year for four years just for education? By the time my dear granddaughter graduates from dental school, she may have a debt of almost half a million dollars. So she will begin her career in the red and stay in the red for many years.

Who talks about that system? Who denies life to a student who has worked hard to get into a dental school, only because she was not born into a family with money and influence?

This is the age of debts. The system runs on debts. But nothing is said to the public about debt entrapment being part of the system. The only time we’ve heard about the debt trap is when a nation can’t afford to pay up. Puerto Ricans know now what the debt trap does to the working class. Puerto Rico has an unpayable debt, and the Governor has informed them that it cannot be paid.

Decades of corrupt politicians piling on debt has impoverished Puerto Rico and has forced many young people with good professions to migrate, causing a massive brain drain. In addition, it makes Puerto Rico privatize some of the best public corporations that provide good jobs and help to boost the economy. The unpayable debt was created by the vultures of Wall Street, the neoliberal Washington politicians, and the corrupt politicians in Puerto Rico. They are the ones who should be paying off the debt. I can see my beautiful granddaughter ten years from now, still paying to the creators of the debt, her debt for wanting to be a good dentist. And she is not the only young Puerto Rican going through this same ordeal.

Let those who made the deals pay the debt

In order to deal with the debt, I will start with a suggestion about what we must do and can do. My first suggestion is that all we Puerto Ricans get organized and take just one position: Refuse the debt payment and start a debt boycott. To begin with, we can start chanting: “That’s a debt I will not pay, those who borrowed it must pay.” (“Esa deuda no la pago yo, que la pague el que la incurrió.”) Let us call for a boycott and start organizing. The debt crisis is a problem that affects all Puerto Ricans, and each and every one of us must take a stand and refuse to pay for it. In every city and in the Diaspora, every Puerto Rican must say that we cannot pay the debt and therefore we refuse to pay it.

Every child, youth and adult, including the elderly, must be part of this massive boycott in Puerto Rico. And every Puerto Rican should ask for compensation for all the pain, exploitation, repression, persecution and destruction we have experienced since 1898, after the United States invaded and occupied and militarized Puerto Rico. We can accept no austerity plan, not even one imposed on us.

We are poor, but we are hard workers and have every right to say no to the impositions that Wall Street and Washington will try to put on us. Every Puerto Rican who cares about the future of Puerto Rico and wants a better and fairer world must say NO to the payment of the debt. And every Puerto Rican who aspires to political office must agree to be part of the boycott. And every pro-independence militant must do everything he or she can possibly do to create unity among them in the struggle for independence.

On another note, several compañeros and friends have asked me how I feel about having the name of Ana Belén Montes linked with mine in the campaign for my release. For me it would be a great honor. I think that every Puerto Rican who loves justice and freedom should be proud of Ana Belén. What she did was more than heroic. She did what any person would have done who believes in peace, justice and freedom and the right of every nation to govern itself in the best possible way and without intervention or threat from anyone. She did what she did because she knew that the U.S. government intended to destroy the Cuban government and impose a system designed by Washington on the Cuban people with another regime-change. The objectives of the U.S. government were criminal, and if she had not acted as she did, she would have wound up supporting those acts. Let’s all be proud of her, support her and demand her release from prison.

This Jan. 6, I cannot be with you physically, but even from within these walls I can help. Let’s make 2016 the year that we Puerto Ricans rise up together in order to put an end to colonialism. We can do it. No matter if the person has been a red PPD, a blue PNP, a green and white PIP or a red Socialist, if we are an authentic Puerto Rican, we love freedom and justice and we want to be treated with respect as human beings, we will unite and stand up together.

Enjoy the moment and feel inspired by the beautiful example that Compañero Juan Santiago left for us to emulate. Let’s dare to fight and to win.

Hugs and much love to all.

In resistance and struggle,

Letter read at the activity for his birthday on Jan. 6. Translation: Workers World-Mundo Obrero staff.