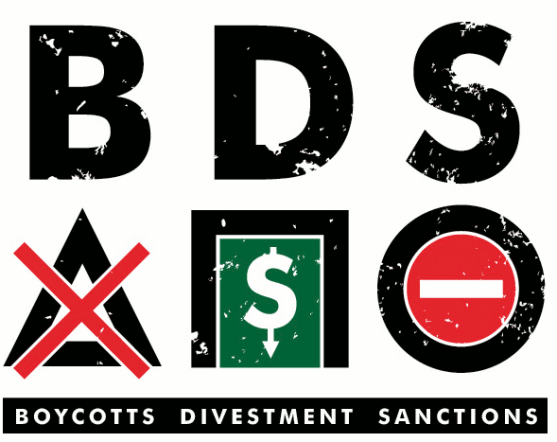 The Boycott, Divestment and Sanctions movement against Israel’s apartheid policies won big victories in 2015, 10 years after BDS was launched by Palestinian civilian organizations. Now, a vicious campaign is targeting Palestine supporters at the state and national levels in the U.S. through “enemies list” laws aimed at BDS advocates.

In New York state, Senate Bill S6086/Assembly Bill 8220 has been introduced to punish people, companies and nonprofit organizations that support boycotting Israel because of its attacks on the Palestinian people. The bill would create a list of people “engaging in actions that are politically motivated and are intended to penalize, inflict economic harm on, or otherwise limit commercial relations with the state of Israel or companies based in the state of Israel or in territories controlled by the state of Israel.”

Individuals, organizations and companies on the list would be denied access to grants, funding or contracts with New York state. For instance, a church, mosque or synagogue participating in a rally advocating for BDS could potentially lose state funding for its homeless shelter or its community food bank program.

To get off the list, accused individuals or groups would be required to sign a statement repudiating a boycott of Israel. This parallels the notorious 1950s McCarthyite policing of people’s political beliefs, when to receive government scholarships, for example, students had to sign loyalty oaths to the Constitution.

The Syracuse-based Palestine Solidarity Collective has launched a petition drive to inform people about the BDS movement and to alert people to the reactionary New York state bill.

The petition reads in part: “[New York] Senate Bill S6086/Assembly Bill 8220 seeks to criminalize political action. … In effect, this law would grant the state the power to coerce those who wish to support Palestinian human rights and the call for BDS. … The Bill conflates BDS with anti-Semitism. …. BDS is not anti-Semitism because it targets the expanding and illegal occupation by the state of Israel and its military, which uses disproportionate and illegal forms of violence against Palestinian civilians.” (tinyurl.com/np8hvaj)

In a sustained attack on BDS, similar laws have been passed by the Illinois and South Carolina legislatures and are under consideration in California, Florida, Massachusetts and New Jersey. (palestinelegal.org/legislation/) An anti-BDS clause was attached to the Transatlantic Trade and Investment Partnership, a major U.S. “free trade” deal with the European Union that was OK’d by Congress in July.

The current anti-BDS campaign is a reaction to powerful BDS initiatives against Israel. In a stunning victory, a seven-year BDS campaign drove French-based corporate giant Veolia out of Israel in 2015, forcing it to sell off all subsidiaries there. Veolia was deeply invested in infrastructure projects in illegal Israeli settlements, and its withdrawal reportedly cost it billions of dollars.

A 2015 cultural boycott of Israel reinforced the economic boycott, supported by over 1,000 artists, writers and musicians, including Lauryn Hill, Alice Walker and Arundhati Roy. A parallel academic boycott has international support, including U.S. professional groups like the National Women’s Studies Association.

A growing international movement against racism has linked Palestinian struggles to the Black Lives Matter movement, with chants and signs asserting, “From Ferguson to Palestine, occupation is a crime,” at many protests. U.S. student divestment campaigns have proliferated, and student-worker movements have weighed in, as when United Auto Workers Local 2865, representing all graduate students in the University of California system, endorsed BDS in 2014.

The Palestine Solidarity Collective petition against the New York state “enemies list” bill has been signed by organizations including Labor for Palestine, the International Action Center, Jews for Palestinian Right of Return, Samidoun: Palestinian Prisoner Solidarity Network and the U.S. Campaign to End the Israeli Occupation.

To sign as an individual or group, go to tinyurl.com/np8hvaj