Cargill, an international conglomerate with 155,000 employees in 68 countries, claims that “we help people thrive.” The 190 workers the company fired in December from its Fort Morgan, Colo., meatpacking plant would likely disagree. 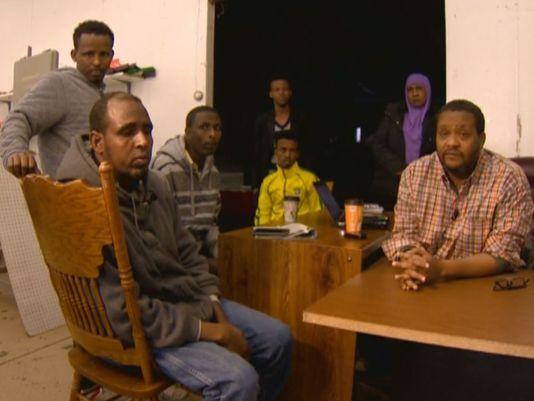 Cargill employs about 2,000 workers at the plant; around 600 are Somali immigrants. Until December these Muslim workers were allowed to pray in the plant at the times prescribed by their faith — which vary depending on the season. They were not given any extra time away from their jobs as meatcutters, but were able to use their paid breaks and unpaid lunchtime to pray in the “reflection room” provided by the company.

On Dec. 18 they were abruptly told, “If you want to pray, go home.” (Denver Post, Dec. 31) Not accepting what they saw as an affront, 200 Muslim workers, most of them Somali, walked off the job on Dec. 21. After refusing to return to work until their religious rights were restored, 190 workers, some with as much as 10 years’ seniority, were fired two days later. Under company policy they cannot reapply for their jobs for six months.

This firing was a blatantly illegal act of religious discrimination. Employers are legally required to make accommodations so that workers need not choose between working and following their faith. Courts have ruled that denying such accommodations violates Title VII of the 1964 federal Civil Rights Act.

Title VII has meant, for example, that a Seventh Day Adventist cannot be forced to work on Saturday. Yet, according to the Denver Post, plant manager Michael Martin claims, “Accommodation is not guaranteed every day and depends on changing factors in the plant.” In other words, the company will respect your civil rights but only if its production schedules — driven by the profit motive — allow.

Cargill claims to be “committed to feeding the world in a responsible way, reducing environmental impact and improving the communities where we live and work.” (cargill.com) The company’s record, including this latest outrage, tells a different story.

In 2002 Teamsters in Cleveland were forced to strike the company’s salt mine over egregious concessionary demands. The International Labor Rights Fund sued Cargill in 2005, along with Nestle and others, charging involvement in human trafficking and forced child labor in Mali. In 2011 Cargill was the subject of one of the largest meat recalls on record.

The Council on American-Islamic Relations (CAIR) is negotiating on behalf of the fired workers to reverse the racist, anti-immigrant, Islamophobic firings.

Where is the union?

Workers at the Cargill plant are represented by Teamsters Local 455. Yet the local’s website has no information about this important workers’ struggle. There should be at least a grievance over the mass firings, first and foremost on the basis of discrimination. Most, if not all, union contracts prohibit discrimination on the basis of religion and national origin, among other categories.

Even if only one or two union workers were facing discrimination, the union’s obligation would be to uphold civil rights and oppose divisive prejudice that threatens solidarity. At Cargill the issue affects about 600 Somali Muslim immigrants — over 28 percent of the workforce.

There is another grievable matter: Were the workers afforded their legal right to have their union representative present when they were dismissed? The union could also file a “past practice” grievance, over the company’s sudden, arbitrary suspension of a practice allowing workers to pray every day in accordance with their beliefs. Past practices, unwritten but generally accepted by both parties, are legally binding under a collective bargaining agreement.

If this multinational Teamster local challenges these illegal firings, it will strengthen solidarity and help the workers fight for better wages. Right now the average wage is $14 an hour, not enough to support a family. Moreover, this struggle could be the basis for a labor-community coalition against Islamophobia, jointly spearheaded by CAIR and the Teamsters. Whether it is Donald Trump or companies like Cargill that is the enemy, the labor movement must take a stand wherever bigotry raises its ugly head.