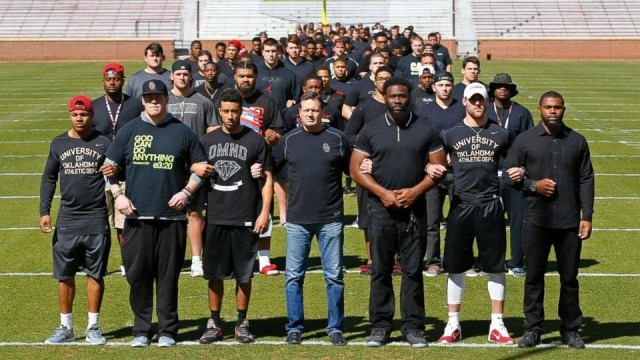 College sports are big business. In 2013, football revenues topped $3.4 billion, doubling over the last 10 years. (businessinsider.com, Dec. 17, 2014) This vast amount rivals the revenue of the National Football League at $6 billion and the National Basketball Association at $5 billion. (usatoday.com, March 20, 2014)

And where did this vast amount of cash go? Much of it went to marketing and concession companies, banks for servicing debt, and, of course, the “corporate executives” at the NCAA, and the athletic departments and head coaches. At most colleges and universities, almost no money goes to the academic departments.

Only a tiny fraction of this revenue goes to the young people who must spend long hours in practice, in transport to various stadiums and arenas, and in competition, where their long-term health is under constant threat from injury. Denied the right to form a union by the NCAA and the courts, the players can receive only tuition, room, board and books, amounting to less than $50,000 a year. College players are denied pay for the long hours of work they put into the sports.

Many college athletes, who often come from poor and oppressed communities with underfunded schools, are shepherded into classes where they receive no education at all.

Defending this outrageous exploitation of the young players, NCAA President Mark Emmert told the press that “one of the biggest reasons fans like college sports is that they believe the athletes are really students who play for a love of the sport.”  (dailykos.com, Dec. 30)  Emmert’s salary in 2014 was close to $2 million, not including any perks.

The Washington Post recently published the results of a study conducted by professors from the University of Massachusetts at Amherst and California State at Long Beach. The study revealed that the “public’s” negative attitude towards paying college athletes is rooted in racism. The majority of male college football and basketball players are Black. (washingtonpost.com, Dec. 30)

In 2014, surveys showed that while only 28 percent of whites favored paying college athletes, 52 percent of Black respondents favored paying them. This new study split the white respondents into two groups. Before asking whether college athletes should be paid, one group was shown pictures of young Black men with popular African-American first and last names.  The other group was shown no “American” names or pictures at all.

Those whites who were shown the names and pictures were typically much more negative about paying college athletes than the other group.

This racist attitude is a reflection of the capitalist racist ideology, not a cause. It is used as a cover for the NCAA racist policy. The same corporate heads and their media and political minions that have campaigned against paying college athletes have long fought against affirmative action programs at universities across the country. They back the murderous cops versus the Black Lives Matter movement, and they fight tooth and nail against the $15 an hour struggle by low-wage workers.

When Black football players at the University of Missouri threatened to boycott practices and games to demand the ouster of the college’s president, who had done nothing to stem racist attacks on Black students, right-wing state legislators threatened to take back even the meager tuition payments from those athletes, in fear of growing resistance.

Of course, bankers and corporate heads care nothing about the plight of students at all.  College tuition costs have skyrocketed, and the average college debt for students has reached more than $30,000.

And for those students who do manage to finish their studies and graduate, many discover that for all their efforts, all they can get are low-wage, dead-end jobs with no real future.

Still, a college education greatly increases the labor power of the future workers that undergo it.  Since that increased labor power benefits the capitalist class that exploits it, the capitalists are the ones that should pay for it, not the students or their families.

The tiny group of capitalists that have created this situation for our youth try to pin the blame for it on the oppressed. Denying pay to student athletes only benefits the corporations that feast off of the college sports programs.  It provides no benefit at all to any student or any of their families supporting them.

Buying into racist ideology is a dead end.  Solidarity with Black student athletes and the oppressed communities in general is the only real path to success for all students and workers.