Despite all the distractions during the holiday season, people turned out for a Los Angeles Workers World Party meeting in the aftermath of the Nov. 13 events in Paris. They were eager to hear a working-class and internationalist view of the mounting anti-immigrant sentiment and war fever being whipped up by the ruling classes in both France and the United States. 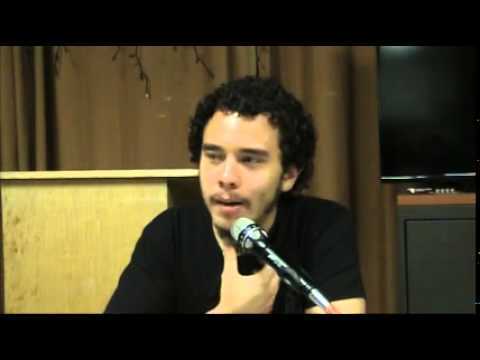 The meeting was held at the Harriet Tubman Center for Social Justice on Nov. 21. It featured Ramiro Fúnez, national secretary of Fight Imperialism, Stand Together (FIST) and member of the National Popular Resistance Front (FNRP) of Honduras.

In his remarks, Fúnez exposed how the corporate media in imperialist countries fuel hatred and violence against immigrants and refugees. “The media frenzy around the Paris attacks is testimony to the double standard of journalism in capitalist-imperialist society. This double standard manifests itself as racism and first-world privilege.

“Several days before the attacks in Paris, hundreds of people in Yemen, Lebanon, Afghanistan, the Philippines, Iraq and several other countries were victim to United States-backed terrorism. These events were never covered in the mainstream capitalist media. If an imperialist country like France experiences recoil, however, we are taught to blame oppressed peoples in the Third World and attack their migrant brothers and sisters living within the belly of the beast.”

Irena Varjabedian, a longtime activist and member of Arab Americans for Syria in Los Angeles, also spoke. Her group has led the movement to oppose a U.S. overthrow of the elected government in Syria.

Varjabedian explained how the U.S. influenced the opposition to the Syrian government, provided funds and other forms of support and abetted its transformation into an armed insurgency in the service of U.S. imperialism. This imperialist plan, Varjabedian said, kicked into high gear at a time when the Assad government was negotiating with opposition figures and seemed — from the point of view of both sides — to be nearing a successful outcome to the talks.

Varjabedian pointed out how U.S. wars against Libya and Iraq, and Washington’s relentless and destructive campaign in Syria, led to the massive migration from the Middle East and Africa into Europe as hundreds of thousands flee with their families.