After midnight on Dec. 6, when the trend was already irreversible, the National Electoral Commission (CNE) publicly announced the results of that day’s parliamentary elections in Venezuela. Of the 167 seats at stake in the legislature, the opposition Democratic Unity Roundtable (MUD) won 99, while the ruling Great Patriotic Pole coalition won only 46 seats. There were 22 seats still in question, whose results would not change the parliamentary majority. 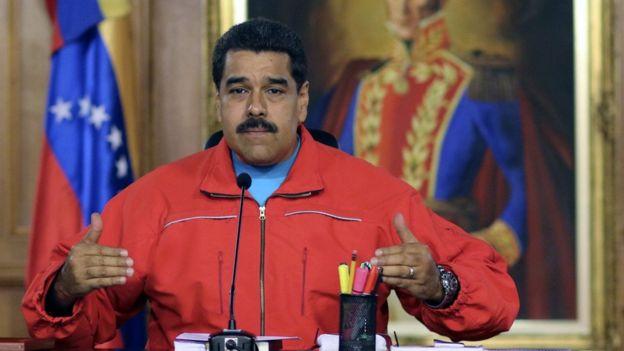 Shortly thereafter, President Nicolás Maduro addressed the people, congratulating them on the massive turnout, amounting to almost 75 percent of the electorate. With the phrase, “We trust your intention. We accept it,” he conceded defeat. He added, “It was not the opposition, but the counterrevolution, that won” and “We must accelerate a new economic policy.” (telesurtv.net)

This, the 20th election in 17 years of the Bolivarian Revolution, was held in a climate of peace, despite the dire predictions of the national and international right-wing media.

Never before has a nonpresidential election in that nation awakened so many rumors and predictions both nationally and globally. Why did this new situation arise?

The Bolivarian Revolution is not only the government of one country. Since Hugo Chávez won in 1998, starting the locomotive of hope for liberation and participation of the most excluded peoples, for regional unity, dignity and sovereignty together with the glorious Cuban Revolution, Venezuela turned into the compass of progressive movements both in Latin America and in the world. Although it is still a capitalist country, the possibility of freeing itself from the U.S. imperialist yoke, controlling its own resources and economy and speaking in its own voice aroused within the rulers of the empire and their allies worldwide the urgency to overthrow this focus of continental aspiration.

Therefore all of Latin America was hanging onto these elections. Solidarity messages flooded the social networks, including an email from Puerto Rico’s tireless hero, Rafael Cancel Miranda, who sent this brief but eloquent message to his list: “Right now, Venezuela is all of us!”

When capitalism is backed against the wall, it becomes more vicious and stirs up the putrid waters of the most recalcitrant right wing. Faced with progressive movements worldwide, fascist waves awaken, used by the capitalists in their quest to dominate the people. This has happened in Venezuela in the recent past, but the Venezuelan government was able to choke off these violent hordes.

Now, however, the right wing, with U.S. aid, has begun a more subtle campaign, taking advantage of the global economic crisis that has affected many countries, including Venezuela.

The economic situation in the country has deteriorated, caused by external factors such as the global decline in oil prices, as well as by the economic war of the Venezuelan oligarchs who dominate the import sector. The oligarchs take advantage of the exchange rates on the illegal market, using currency that the government turns over to them at low prices. It amounts to theft.

Several other factors play a role, such as the leak of subsidized products across the border with Colombia.

Although the government has taken some measures to counteract all this, these steps have not been sufficiently vigorous and consistent to avoid the huge price increases in some commodities and the shortages of some products. This forces many of the people to wait in long lines to buy certain goods, causing dissatisfaction. The Democratic Unity Roundtable used these problems in its campaign of “change,” stating that if they win, this situation and the economy would improve.

To the above we should add the infusion of millions of dollars from the U.S. to destabilize the Bolivarian Revolution. In an article in the Nov. 12 edition of RT, entitled “U.S.: Ambush Against Venezuela,” Eva Golinger wrote, “Over the past year, the U.S. government has spent more than $18 million in public funding for anti-government groups in Venezuela” through agencies attached to the State Department, the National Endowment for Democracy and U.S. Agency for International Development. Later in the article she mentioned, “$400,000 has been delivered to a program to support members of the National Assembly and policy development.” And there is $40,000 dedicated to “monitor the National Assembly of Venezuela.” (actualidad.rt.com)

“You can’t trust imperialism, not even a little bit.” Che Guevara’s famous phrase needs no further explanation. Unfortunately, the Venezuelan government, under the immense pressure of the economic crisis, and maybe in order to try to reconcile with the Venezuelan financial right and get some benefits for the people, made some concessions. Perhaps they were only temporary, but this opened the door to the voracious appetite of the right wing. This is perhaps what President Maduro referred to when he said, “We must accelerate a new economic policy.”

International solidarity is more important than ever

Despite the parliamentary majority achieved by MUD, the elections do not put an end to the Bolivarian Revolution. The right is itself divided and won thanks to U.S. advice and injections of aid and the intervention of the international right wing, both of current and former presidents, as well as the corporate media. In this global campaign many participated, including Mauricio Macri, the newly elected president of Argentina. Macri requested that the Democratic Charter be applied to suspend Venezuela as a full member of Mercosur.

Other participants in the destabilization campaign who were in Venezuela during the elections as guests of MUD were Ricardo Lagos of Chile, Andrés Pastrana of Colombia, Alejandro Toledo of Peru, Luis Alberto Lacalle of Uruguay, former president of Panama Mireya Moscoso, the Spanish Prime Minister Mariano Rajoy and former Bolivian President Jorge Quiroga. The behavior and public statements of some of these leaders were so grossly interventionist that Tibisay Lucena, the president of the CNE, withdrew their credentials.

The Bolivarian people, however, have not forgotten the great progress made in just 17 years. Despite the long lines, the “World Hunger Map 2015, released by the Food and Agricultural Organization, certifies that this scourge does not exist in Venezuela. In 40 years, right-wing governments built 5,000 health centers. The Bolivarian Revolution, in 16 years, has built 9,000 medical centers. (“The 50 Great Achievements of the Unstoppable Bolivarian Revolution,” chavezvive.info.ve)

As with any process, the Bolivarian Revolution has made and will make mistakes, as well as wonderful steps forward. Now, as it embarks on a new stage, the solidarity of the international progressive movement is crucial for the Bolivarian people to find the road to socialism that they want to attempt, but which has run into great difficulties.