The following solidarity statement from Native political prisoner, Leonard Peltier, was read by Bert Waters at National Day of Mourning in Plymouth, Mass., on Nov. 26, 2015.  Go to tinyurl.com/hga5975 to hear the statement. 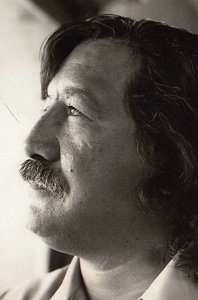 It makes my heart happy to know so many of you are keeping this Day of Mourning event going.

I hear there is going to be a National Geographic movie this month called “Saints and Strangers” about the real Thanksgiving. I want you to know that I believe … I know this has only come about from your continued protest and determination to expose what really happened. But, damn, huh, has it ever taken so long!  Let’s hope this film does tell the truth. I, for one, thank you very much, as this is what it was and is all about: getting the real history told about the genocide that was committed against us as a race of people and against our nations. If we don’t do this, then it can and will happen again until we have all been exterminated.

I’m so proud of you young people out there too, all over the country, standing up for our nations and taking over because some of us can no longer get out there to stand by your side — or to stand there with you and shake your hand.

February 6, 2016, will make it 40 straight years in here. Under the laws I was indicted with, a life term was seven years. I have served over six life sentences! As you know, I was sentenced to only two. To Native peoples this is also not surprising. In fact, this is something that happens on a regular basis throughout Indian Country. And, as always, this is not acceptable to us. So we protest, and we protest some more.

Over the last four decades, I have been supported by people of all backgrounds, races and religions. As we approach the one-year mark on President Obama’s remaining time in office, it is crucial for my survival that everyone who has ever supported my release to please contact my official committee that works on my behalf, and coordinate and organize with them.

In 2008, when asked about my case, then Sen. Obama supposedly said, “Show me the support.” If all of you dedicate some of your time in 2016 to support my bid for clemency, I believe this president has the courage to do the right thing and let me go home.

Remember, too, that we have brothers and sisters who are themselves wrongfully incarcerated, and I ask that we all coordinate to put an end to these injustices.

I wish I could lie to you and tell you I’m doing okay, but that would not be fair to you. Today, I have another call out to the prison clinic. I guess some of the results must have come back from my last blood work. I know I’m not feeling very well. It seems as if there are so many things wrong with me … I don’t know what to do or say to you, or even where to start. Hell, I cannot even sit for any length of time. When I get up, my plexus area hurts so bad, I cannot walk but very slowly and while hanging on to someone for support. But after a few steps, I’m okay. So I move right along with the crowd. But those first few steps are awfully painful. I asked for a cushion but was told they don’t have any here — and to make one myself from a blanket. Well, news flash: I did this and every time I did, they took it away. Yep, for some reason, this is illegal. Then, I have to deal with the other medical problems. So, yeah, this is my Sundance. But you know what? You’re all worth it and I would not hesitate to suffer for any of you again and again.

Well, I better end this before you get bored with me. So, again, thank you — all of you — for being decent, loving, human beings.

In the Spirit of Crazy Horse