Nov. 17 — The series of attacks in Paris claimed by ISIS have riveted world attention. But the most urgent question the working class faces is: “Will the imperialist camp use the attacks as a pretext for wider war?” Using as cover the great sympathy for the hundreds of innocent people who were shot and the 129 who died, the Western imperialist governments may put tens of thousands of other lives at risk.

Whipping up racist, anti-immigrant and anti-Muslim hatred is the first step in a war mobilization. Demonization of the targeted nation is an essential part of justifying imperialist destruction.

According to polls taken in the months before the massacre, nearly two-thirds of the French population opposed French involvement in a war in Syria. But the regime that serves French imperialism, which formerly held Syria as its colony, has been wholly committed to the complete destruction of Syrian sovereignty through a violent overturn of the Syrian government. Paris has even armed rebel forces similar to ISIS and ISIS itself to accomplish this.

The killings in Paris are hardly the only violent deaths or mass murders in the region. A massive explosion in Beirut a day earlier; a Russian passenger plane downed in the Sinai Desert two weeks earlier; the U.S. bombing of a hospital in Kunduz, Afghanistan, a month and a half ago; and an attack last spring in Kenya have been equally murderous. However, only for Paris has the imperialist media provided an extensive outpouring of sympathy for the victims. Not only does this response expose the systemic media racism and their bias in valuing most the lives of those in imperialist countries, but it serves a political agenda: war escalation. 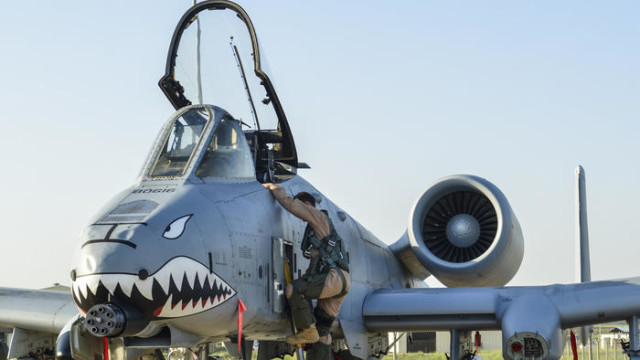 The Pentagon had just sent F-16C Dogfighter jets to Syria, armed with air-to-air missiles. They are capable only of fighting other aircraft. ISIS does not have an air force. Russia does. This is a dangerous escalation.

President Obama has announced he is sending 50 Special Forces to Syria, along with thousands of U.S. advisers to Iraq. A no-fly zone on the Turkish border has been actively discussed for months and is in the planning stages.

The imperialists refused to invite the Syrian government to the round of negotiations in Vienna that discussed its future. There the U.S. and French governments were the most adamant in arrogantly demanding that the Syrian government must surrender its sovereignty and “step down.” At each international gathering, while piously wringing their hands and declaring that they desperately want peace, the imperialists assert that the war will continue until their proxy “democratic” forces are installed in power.

The greatest need of the hour in combating this war mobilization is to explain and expose the role of U.S. imperialism, along with French and European Union participation, in decades of war in the region. Imperialist wars have ripped apart whole countries and destroyed vibrant cultures.

It is also essential to extend solidarity to those under attack and to consciously resist the racist climate.

Twenty-five years of sanctions, sabotage, occupations and invasions, beginning with the first U.S. war against Iraq in 1991, have uprooted more than 10 million people in the region.

U.S. and French imperialist policy aimed at “regime change” cultivated the very forces that are now claiming responsibility for the attacks in Paris, starting in Afghanistan in the 1980s. The two powers trained, funded and equipped “opposition” forces in Syria and Libya, resulting in massive destruction. Their ally, the Saudi Arabian monarchy, has organized and trained some of the most reactionary forces, known as ISIS, with a wink and a nod from U.S. advisers.

The Syrian government says it captured fighters holding passports from 60 countries. Many speak no Arabic and have no roots in Syria. Hundreds came from France and Belgium without hindrance, even with government encouragement.

The U.S. and French governments, along with British, Turkish, Saudi, Jordanian and Israeli support, have given political cover to corrupt and contending rebel groups, declaring them “democratic opposition forces.” They number tens of thousands of volunteers and mercenaries recruited from all over the world.

Groups such as al-Qaida, Al-Nusra Front and the Islamic State have political differences. Alliances are fluid. But they all serve the same purpose: trying to pull apart the Syrian government, destroy the infrastructure and demoralize the population. Among tens of thousands involved in the fighting are Special Operations forces and U.S., French, British and Jordanian advisers, trainers and intelligence operatives.

For decades Syria had great pride in its rich fabric of cultural and religious diversity, modernization of its infrastructure, full education and the highest levels of health care. There was also national pride in standing up to Israel’s occupation of Palestine, even though a significant part of Syria, the Golan, was stolen in 1967 by Israel. Syria’s policy of controlling its nationalized industries, staying free of debt from Western banks and being independent of imperialist control was a constant frustration to both the U.S. and EU corporate rulers.

Similar progressive policies, propelled by mass upsurges and revolutionary upheavals in the 1960s and 1970s in Iraq, Libya and Iran, also made these countries targets of U.S. and world imperialism, which aimed to restore these lands to their pre-World War II colonial status.

The social upheaval in Egypt and Tunisia in 2011 against dictators that imperialism backed, called the Arab Spring, was used as an opening for imperialist intervention in neighboring Arab countries on the U.S. hit list — Libya and Syria.

Right-wing forces in France have not lost a minute in whipping up attacks on desperate war refugees who have flooded into the country.  But the real criminals are the U.S. and European imperialists who have launched these wars, and are now positioning for a new offensive.