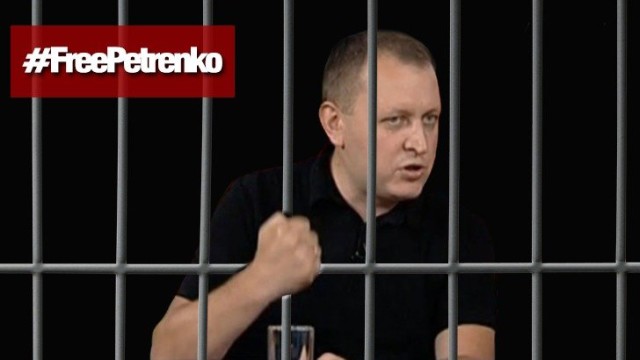 On Sept. 6, seven left-wing activists were brutally arrested during an anti-oligarchy protest in Chisinau, the capital of Moldova. Today, more than two months later, all seven remain behind bars. What began as a 72-hour detention has been extended three times so far. And they face charges that could keep them in prison for up to eight years.

These activists weren’t picked out at random. All seven are members of the Red Bloc party — a new communist party founded earlier this year on the basis of a leftist electoral party called “Our Home is Moldova.” Among them is the Red Bloc’s leader, Grigory Petrenko, a former parliamentary deputy who led workers’ protests last summer that blocked steep hikes in utility and fuel rates.

Five of the political prisoners are youth. Two of them — Pavel Grigorchuk and Mikhail Amerberg — had already spent several months in jail and under house arrest this year, after being framed during a government scare campaign before last year’s November parliamentary elections.

Moldova is a former Soviet republic of 3.6 million people, sandwiched between Ukraine and Romania in eastern Europe. Since 2009, it’s been ruled by pro-Western parties dominated by wealthy oligarchs.

Brandishing deceptive names like “Democrats” and “Liberals,” these right-wing parties have imposed harsh austerity on the workers and farmers of Moldova. At the behest of the Western imperialists and their own anti-Soviet ideology, the oligarchs have broken traditional economic and political ties with Russia in a headlong rush for “Euro-integration.”

Petrenko and his comrades were singled out for pointing the finger of blame at Vlad Plahotniuc, Moldova’s top oligarch and political kingmaker. An energy and media tycoon, Plahotniuc is the force behind the country’s Democratic Party and ruling Alliance for European Integration. His henchmen control key government posts, including the prosecutor general’s office, the bureau of prisons and many courts.

The Red Bloc earned Plahotniuc’s wrath when it set up a protest tent camp outside his mansion in Chisinau in July — it was quickly broken up by police and private security goons — and by marching to the gates of his media empire during the fight to stop utility rate hikes.

The mobilization of workers, youth and pensioners across the country included occupations of many city halls. As a result, officials were forced to temporarily roll back the rate hikes — which cost Plahotniuc a lot of profits, according to the Red Bloc.

On Nov. 9, however, with the protest leaders safely behind bars, the National Energy Regulation Agency announced it was again hiking electricity rates by 37 percent. Water rates are next to rise. (Grenada.md)

Abuse and torture of political prisoners

According to the Red Bloc prisoners, their imprisonment is meant to intimidate protesters from taking to the streets to resist the oligarchs and pro-fascist and pro-imperialist forces, such as those who seized power in neighboring Ukraine last year.

Petrenko, Grigorchuck and Amerberg most recently had their “preventive detention” extended by 45 days, until Dec. 20. However, there is no guarantee they will be released then.

At the same time, the other four political prisoners — Alexander Roshko, Oleg Buzni, Andrey Druz and Vladimir Zhurat — had their jail time extended by another 30 days, which means they won’t be freed until at least Dec. 5, three months after their arrest.

Every court hearing has been surrounded by masked riot police wielding automatic weapons. In some cases, supporters, family members and media have been unlawfully blocked from entering the court.

According to attorneys and the prisoners themselves, they have been subject to abuse that could be classified as torture.

In early October, Oleg Bunzi, who suffers from insulin-dependent diabetes, was in danger of falling into a coma after being denied medicine and proper nutrition, family members said. During a court hearing on Oct. 2, supporters had to fight to have an ambulance called to the courthouse to treat him. (MoldNews)

Petrenko has been singled out for special abuse. On the night of Oct. 18, a Sunday, his cell was raided by agents from the prison bureau in defiance of regulations and without notifying the warden. Petrenko was roughed up and his personal papers illegally searched.

Attorney Ana Ursachi called the raid a clear threat to Petrenko’s safety from the new head of the prison bureau, Alexander Pynzar, a Plahotniuc loyalist. It was meant to show that they could get to him at any time, she said. (MoldNews, Oct. 23)

Recently, Petrenko and his attorney learned that he had been deliberately exposed to tuberculosis. At a press conference on Nov. 10, Ursachi reported that a prison guard told Petrenko that the yard where he was taken for daily walks was otherwise used exclusively by TB patients. The attorney confirmed the information. Since then, Petrenko has refused to go.

Earlier, the car driven by Petrenko’s spouse, Lilia Petrenko, was pulled over and searched after a court hearing. Agents of the prosecutor general clumsily planted stun grenades in the backseat of the car which she drives their young children to school in. The entire episode was caught on amateur video. (OMG.md, Sept. 16)

Urgent to fight for their release

This and other information has been reported to the United Nations, the Organization of Security and Cooperation in Europe, and the U.S. and European Union ambassadors, said Ursachi. A case is also being brought before the European Court of Human Rights.

Demands for the political prisoners’ release have come from diverse political forces throughout Europe and Russia, including from members of all factions of the Parliamentary Assembly of the Council of Europe (PACE), of which Petrenko is a former leader and honorary member. Street protests have been held in Moscow, Kiev, New York and other cities.

Despite the abuse and threats, the Red Bloc prisoners continue to speak out, both in court and through letters to friendly media.

There’s an urgency to fighting for their release that goes beyond the safety of the prisoners themselves. Their leadership in Moldova’s political life is sorely needed.

Since late August, Moldova has been engulfed by protests from both the right and left against the ruling regime. By Oct. 29, Prime Minister Valieriu Strelet’s government was forced to step down.

The political program of the right-wing “Yes Alliance” is virtually indistinguishable from that of the ruling parties. These forces are hostile to workers and do not seek improved relations with Russia. They simply want a bigger slice of the pie for themselves.

The Yes Alliance includes extreme right-wing and outright fascist forces, much like Ukraine’s Euromaidan. The ruling group has treated this movement with kid gloves.

The struggle against rate hikes and the case of the political prisoners helped to fuel a left-wing protest movement in response. So far, this has been critical in preventing a development like the far-right coup in Kiev.

But heavy repression against the Red Bloc and its ally, the “Our Party,” led by Mayor Renato Usatîi of Balti, Moldova’s second largest city, as well as maneuvers by Plahotniuc to form an alliance with reformist parties now cast the future of this movement in doubt.

The fate of the anti-fascist and anti-imperialist struggle in Moldova will have ramifications throughout Europe and worldwide. It demands solidarity from workers’ organizations in the U.S. and European imperialist countries.

Free the Red Bloc political prisoners now! Return the most resolute leaders of the struggle to their rightful posts at the head of the anti-fascist movement!

WW urges readers to sign and share a petition from the International Action Center demanding the immediate release of the Petrenko Group in Moldova at https://goo.gl/tNrBg1.