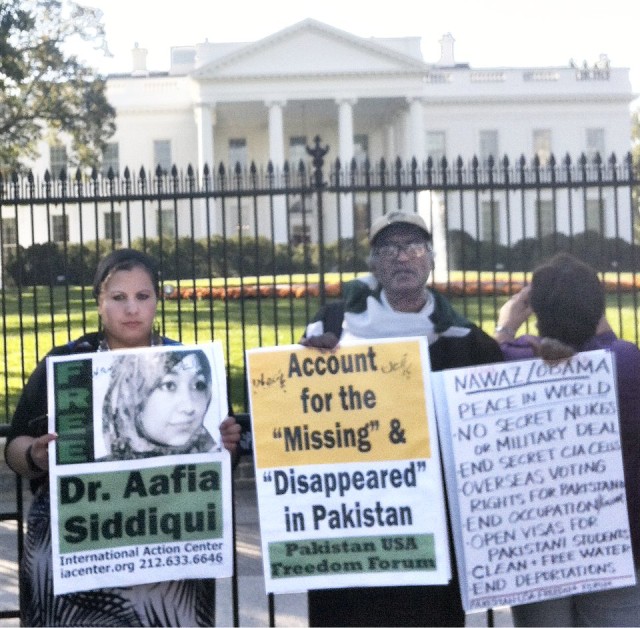 The demonstrators’ signs call for freedom or repatriation for political prisoner Dr. Aafia Siddiqui, who was kidnapped with her three children in Pakistan, held in secret detention and tortured by U.S. forces. She was finally sentenced in 2010 to 86 years in U.S. prisons. Other demands included “Account for missing and disappeared in Pakistan” and “No secret deals on Afghanistan.”