Nov. 1 — The fire two nights ago at Club Colectiv in Bucharest has become international news, as this type of disaster is very popular with a media propaganda system aimed at selling easy tears rather than denouncing the deep social causes of such disasters.

At bottom, the nearly 30 deaths and 100 injuries are only a story if we contextualize them in the social genocide suffered by Romanians over the last 25 years, a genocide that, unlike random catastrophe, divine punishment or bad luck, the media don’t want to sell. 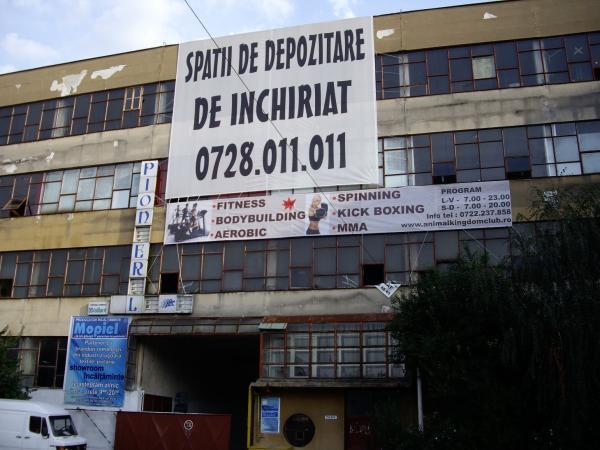 The background of the event, which no one has cited in any of the articles I’ve read on the subject, is that, unfortunately, most of the factories in the Romanian capital, as well as in the rest of the country, were closed after the coup of 1989. Many were left abandoned to ruin, others torn down to build shopping malls or office centers, and some purchased at a bargain by venture capitalists looking to get rich quick. But then, isn’t capitalism the search for quick profits at the expense of whatever, whenever, whoever falls?

The Pionerul factory was one of the major shoe manufacturers in Bucharest during the era of Socialist Romania. With the restoration of the system of “anything goes so some can fill their pockets,” it suffered the fate of many others: It was closed, sold to the highest bidder, and the owners used it for various purposes — none productive, of course.

The new owners, of a type you can readily imagine, quickly laid off the 4,000 workers and sold or rented the units. The canteen was transformed into a concert hall (the tragedy occurred there); production departments and the tannery became sports halls, shops, warehouses, etc. Of course, the building, closed for a time, was not rehabilitated or renovated, as neither the capitalist institutions nor the new private owners care about such things until a disaster explodes in their faces. At the end of the day, the victims are always others.

What is truly surprising, actually, is that such tragedies do not occur more often; most of the trendy center of Bucharest, a place sold by propaganda as a modern leisure area and very “Western,” is actually located in crumbling old houses, which have been only minimally renovated. For example, the ground floor where a restaurant is located has been renovated, but not the upper floors, which are a constant, ticking time bomb, not to mention the hundreds of old semi-abandoned factories that are in the same situation.

In this case, after a long history of shabby entertainment and without any security for the young people who flocked there, Club Colectiv had become one of the “coolest” spots in the city. No one, neither the authorities nor the owners, nor journalists, nor the young people themselves who came there every night called by Hamelin flutes of the leisure business and consumerism, so dear to the ruling class to tame the future generations of slaves, cared that there were no emergency exits or that the building had not been renovated since its abandonment as a factory, for the glory of the system.

Because, while 80 percent of Romania’s factories have been destroyed in the last 25 years of looting, while 3 million Romanians have been forced to flee their country to find more or less decent work, and while the Romanians who have remained have to survive on an average wage of only 300 euros a month with European prices (Romania, as a colony, hardly produces anything except raw materials, and everything is imported from multinationals), the propaganda weapon is well maintained by the ruling class to keep the flock calm and submissive, selling leisure time, alcohol, music, fashion and instant gratification as the keys to happiness. This all coincides very well with the theme of “every man for himself” imposed after the end of socialism and makes it easy to maintain the status quo.

In reality, the dead from Club Colectiv are an unfortunate symbol of the disaster of Romania under the current capitalist tyranny. It was not just a club that burned, a place for concerts where young people spent their nights forgetting their nonexistent futures; an old factory burned, and in its flames was concentrated the fate of thousands of factories, lost, demolished and burned in the last 25 years. It is not just 30 young victims of the criminal ambitions of the system, but a dramatic example of the script that others have written for the Romanian people.

Casually shifting blame for the fire to bad luck or the victims (or divine punishment, as some delusional Orthodox Church faithful say, become the victims [who] fell into vice or even, literally, participated in a “Satanic feast”) is a gross and pathetic manipulation, because the causes are deep and, as in most cases, above all social.