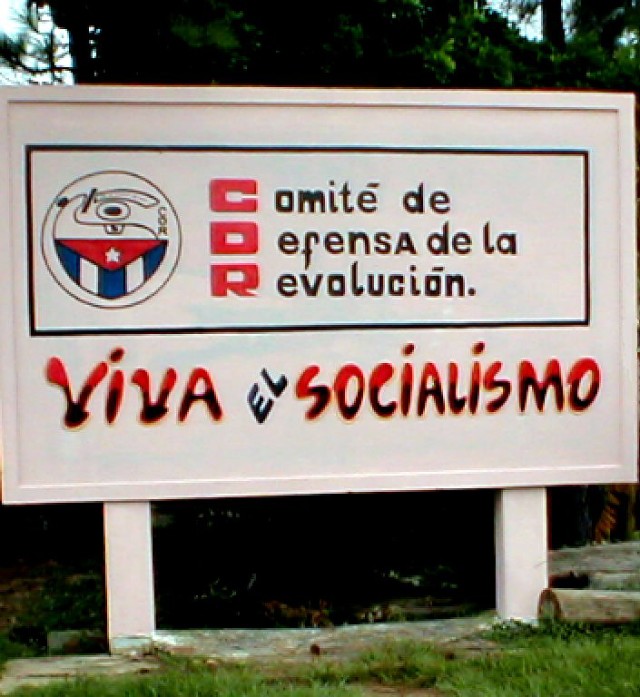 On Jan. 1, 1959, a very important event took place in Cuba: the triumph of the Cuban Revolution. From that moment on many revolutionary measures were taken by the new government to better the economic and social life of the people who had suffered many years of oppression, discrimination and exploitation.

As a reaction to those measures, U.S. imperialism tried to frustrate the newborn revolution. It carried out intense subversive work: sabotage, counterrevolutionary acts, ideological campaigns against the main leaders. and military and economic aggression. Why? Because the new measures taken by the revolutionary government did not coincide with U.S. interests, and the U.S. could not maintain the system of exploitation and oppression that guaranteed its domination of the country.

The leader of the Revolution, Fidel Castro Ruz, realized that the unity of the people was a decisive factor for the victorious advance of the Revolution. This unity materialized from the very beginning of the victory because of the support of the measures taken to defend the revolutionary process from internal and external enemies.

Quickly, mass and social organizations were created without distinctions as to race, sex, religious beliefs or ideological trends. The people were called forth and educated.

The Committees for the Defense of the Revolution, known as the CDRs, are an example of the organization and unity of the people. They are a valuable contribution of the Cuban Revolution to the experience of the world’s socialist revolutions. The CDRs were created on Sept. 28, 1960, by Fidel. At that moment he said, “We are going to set up a system of revolutionary collective surveillance.” The purpose of these committees was to keep an eye on the terrorist actions of the enemies of the Revolution — the U.S. government, CIA and the Pentagon. The CDRs’ responsibilities were increased, and the Committees started to be a powerful assistant to the Revolution on every front.

Since then, the CDRs constitute the largest mass organization. They were created in every block of all cities and in every rural zone of the country, grouping citizens at the early age of 14 regardless of their occupations, ideas, sex, race or any other characteristic.

In addition to the CDRs’ main mission — to be watchful for any possible subversive activities of the enemies of the Revolution in the small area of each committee — the CDRs contribute to the cleaning and hygiene of cities and communities, collaborate with the Ministry of Public Health in any mass vaccination campaigns, promote the donation of blood voluntarily and help to control epidemics. They also worry about students’ attendance in school and organize the recovery of raw materials useful for industry. They help with the housing and population census, the electoral process and, with the police force, control delinquency. They act to guarantee the democratic discussion of the main measures the government is going to take.

The CDRs periodically convoke meetings with their members to discuss the main problems which affect the neighborhood and the people in general. The main leaders of the organization are selected democratically by the members of the community.

In this way, the CDRs have been powerful organizations which have fulfilled numerous activities, roles and tasks that allow the Revolution to go on triumphantly.

The writer is a Workers World reader in Cuba.