The ongoing racist war against Black and Brown people, especially youth, continues to take center stage across the U.S. Even the upcoming presidential campaign cannot escape the justified widespread anger of young people who are the main targets of police terror.

Hillary Rodham Clinton, Democratic presidential candidate, was prevented from speaking for at least 10 minutes during a campaign rally on Oct. 30 in Atlanta, when several demonstrators disrupted her speech with chants of “Black Lives Matter! Black Lives Matter!” Clinton was forced to interject, “Yes, Black Lives do matter” during her talk. Bernie Sanders, another Democratic candidate, has also been confronted by BLM protesters on his campaign trail. 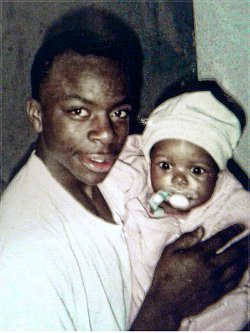 The disruption in Atlanta came four days after a horrific development that made national and international news. That is the violent attack on an African-American teenage woman by a white male deputy in a Spring Valley High School classroom in Columbia, S.C.

Video footage of this attack, captured by students with camera cell phones, went viral on Twitter and other forms of social media. Ben Fields, the police officer, is shown grabbing the young woman around her neck, flipping her backwards out of her seat, throwing her on the floor and then tossing her across the room. She had to be hospitalized. The “excuse” for attacking this teenager was that she was being “defiant” in not putting away her cell phone when the teacher asked her to.

The footage also shows some of her predominantly Black classmates covering their eyes, indicating that they did not escape the trauma of seeing their classmate being physically assaulted.

Rockland Sheriff Leon Lott fired Fields on Oct. 28 for “violating department policy.” The firing of the deputy, while substantiating the criminality of this act, is not enough. Fields should have been immediately arrested, charged and indicted for this heinous act. However, this particular assault cannot be viewed within a vacuum.

These kinds of assaults on young people — including those as young as 4 years old — by armed police are occurring on a daily basis, as is mass incarceration. The militarization of the schools, especially in oppressed and working-class areas, is an extension of the police occupation of whole communities.

There is a growing chorus in the Black Lives Matter movement and among their supporters to demand that police get out of the schools and that they be disarmed. The police are the criminals, not youth of color.

Thabo Sefolosha, the 31-year-old professional basketball forward with the Atlanta Hawks, announced on Oct. 26 his plans to file a $50 million lawsuit against the New York Police Department. Sefolosha was recently acquitted of all charges by the NYPD following a vicious attack on him and former Hawks player, Pero Antic, outside of a Manhattan night club last April.

Sefolosha, a Black man of South African descent, was charged with disorderly conduct for trying to defend himself against several white police officers, who broke his leg. He missed participating in the playoffs due to the injury. The attack on Sefolosha was caught on video camera.

New York City prosecutors attempted to convince Sefolosha to take a plea bargain in order to settle out of court, as they tried to play down the NYPD’s sordid role and force Sefolosha to admit some semblance of guilt.  Sefolosha, to his credit, decided to have a jury trial. The jurors quickly acquitted him of all phony charges, totally clearing his name. The charges against Antic, who is white, were also dropped.

Sefolosha has made clear that the motivation for his lawsuit is to make a strong statement that no one should have to go through what he experienced — which millions of people of color do — when he was subjected to police misconduct and brutality.