China is the most populous country in the world, with 1.3 billion people. In little more than a generation, its rapid industrial development has made it the world’s second-largest economy. Over the past three decades, this has made it possible to lift 500 million Chinese out of extreme poverty.

This transformation in the lives of the people took place as China became the factory of the world, producing everything from clothing and digital devices to machine tools, giant construction cranes and merchant ships. But to power that factory required a tremendous increase in its ability to generate electricity.

According to the U.S. Energy Information Administration, by 2012, China had surpassed the U.S. in total electricity generation — 4,768 terawatt hours versus 4,048 TWh for the U.S. By 2014, China’s electric output had risen even further, to 5,523 TWh.

China has little oil or gas, but it has a lot of coal. In 2014, about three-quarters of China’s electric power still came from burning coal, even though the country had risen to first place in the world in installed wind power and second place in solar power.

Thus, the tremendous increase in China’s productive capacity came at a great price to the environment. Burning coal resulted in serious air pollution, especially in China’s eastern cities, where the majority of the people live. It also released CO₂ gases into the atmosphere.

Around 2007, China surpassed the U.S. as the world’s largest emitter of greenhouse gases. However, historically and also per capita, the U.S. remains by far the biggest contributor to global warming.

These are some of the factors that have made the leaders of China commit to the most ambitious program of developing nuclear power of any country in the world today. 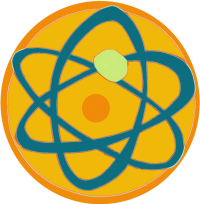 Nuclear power produces zero greenhouse gases. Unlike solar and wind — which only generate power when the sun is shining or the wind is blowing — nuclear energy is a constant, not intermittent, producer of power around the clock.

In November of last year, China’s State Council published an “Energy Development Strategy Action Plan” for the period 2014 to 2020. The plan aims to cut the country’s reliance on coal and promote the use of clean energy. It calls for the “timely launch” of new nuclear power projects on the east coast and for feasibility studies for the construction of inland plants. It also calls for substantially increasing the installed generating capacity of hydro, wind and solar power.

Among the various agencies in the world that monitor economic activity, this action plan is not seen as a mere wish list, subject to the whims of elected officials. It is taken seriously, since the Chinese government has consistently carried through with its previously published plans for development, often exceeding its goals.

For 12 days, beginning this Nov. 30, the 21st United Nations climate change conference — known as COP21 — will convene in Paris. So far, 140 countries have submitted their national climate change commitments. It is China’s pledge that has the environmental movement buzzing.

Wrote one news source that focuses on renewable energy: “China, a major powerhouse for renewables, has pledged to reduce the carbon intensity of its economy by 60 percent, peak its emissions and generate a fifth of its electricity from clean sources by 2030.

“Clean energy investment in China already marked a 32 percent jump last year to hit the staggering USD 89 billion (EUR 78 billion), more than any other country in the world, according to estimates of Bloomberg New Energy Finance.

This very specific pledge was received with much enthusiasm by climate scientists around the world, as it showed that China, a huge country that is trying to entirely eradicate poverty, is building protection of the environment into its plans for development.

Even as China invests billions of dollars in hydroelectric, wind and solar power, and improving the grid that brings electricity from areas with more wind and dams to areas with more people, it still finds it necessary to greatly expand its nuclear capacity if it is to reduce its reliance on fossil fuels.

In the United States, more than two-thirds of the electric power is produced by burning fossil fuels — mainly coal and natural gas. For years, the energy giants financed campaigns to belittle and even deny that climate change exists. Nevertheless, popular awareness of the dangers of global warming has grown. In September 2014, hundreds of thousands of people participated in the People’s Climate March in New York City, calling for  phasing out fossil fuels.

At the same time, there has been much popular opposition to nuclear power. Unlike in the rest of the world, nearly all the nuclear plants in the U.S. are privately owned by for-profit corporations, and there is the justifiable fear that they will skimp on safety costs in order to boost their profits.

No new nuclear power plants have come online in the U.S. for almost 20 years. The last one was Watts Bar 1 in Tennessee in 1996. Some, like Shoreham on Long Island and Vermont Yankee, have been forced to shut down after large protests.

The average age of a U.S. nuclear power plant is now 36 years. Many of these old plants have dubious safety records; all use earlier and more dangerous types of nuclear technology than what is now available in the world.

After 40 years, the owners of these plants are required by law to seek a new license from the federal government or shut down. However, at least one such reactor at Indian Point, within 35 miles of New York City and close to a geological fault, is now more than 40 years old, yet is still operating, even as a political struggle goes on between state and federal officials over whether a new 20-year license should be issued.

Meanwhile, the terrible dangers to the world resulting from global warming continue to multiply. Many more lives have already been lost to hyperstorms, floods, landslides, drought and extreme heat than to all the nuclear accidents. Species are going extinct. Oceans are warming and fish are disappearing. The Greenland ice cap is melting — and could add many meters to existing sea levels in a relatively short period of time.

Many scientists are looking to newer third- and fourth-generation nuclear power as an indispensable part of the answer to global warming. One of them is James Hansen, who began warning Congress about climate change in 1988, when he was head of NASA and had access to satellite data showing the melting of the polar ice caps and mountain glaciers. Hansen ultimately resigned his NASA position in order to campaign for safer technologies.

In November 2013, Hansen and three other scientists wrote an open letter calling for sharply reducing the burning of fossil fuels. In it they said: “Global demand for energy is growing rapidly and must continue to grow to provide the needs of developing economies. At the same time, the need to sharply reduce greenhouse gas emissions is becoming ever clearer. … We understand that today’s nuclear plants are far from perfect. Fortunately, passive safety systems and other advances can make new plants much safer … and solve the waste disposal problem by burning current waste and using fuel more efficiently.”

They concluded, “With the planet warming and carbon dioxide emissions rising faster than ever, we cannot afford to turn away from any technology that has the potential to displace a large fraction of our carbon emissions.”

Ironically, the new technology these scientists refer to was first developed in the U.S. at the Argonne National Laboratory between 1984 and 1994. But the Integral Fast Reactor program was shut down by the U.S. Congress just two years before completion.

Today, China has made this fourth-generation nuclear reactor a reality.