A new contract between the United Auto Workers and Fiat Chrysler Automobiles went into effect Oct. 26. It was ratified by an overwhelming majority of workers, after they rejected a previous agreement by a 2-to-1 margin. The first deal faced mass, organized opposition on the shop floor, with rank-and-file workers making T-shirts, distributing leaflets and holding demonstrations attacking CEO Sergio Marchionne’s advocacy of a “culture of poverty.”

What made the first contract so ­unpopular?

In 2007 the Big Three auto companies had leveraged their negative financial position to get the UAW to accept a two-tier pay structure. This meant that while the existing workers did not have to take a pay cut, future employees would receive substantially less pay and fewer benefits.

Many workers at General Motors, Ford and especially Chrysler — now FCA — had voted against that contract; two members of the Chrysler negotiating committee had campaigned against it, opposing two-tier.

Eight years later, the divisions and inequalities have led a majority to now conclude that two-tier must go. Yet UAW International President Dennis Williams and Vice President Norwood Jewell brought a contract before the members that would have kept the system in place.

Also, thousands of second-tier workers were promised four years ago they would be brought to top pay when the last contract expired — a broken promise. That contract created even lower pay scales for workers in the axle plant and the Mopar parts division.

There were other worker complaints about the first contract they rejected, such as an overly strict attendance and tardiness procedure, no relief from unpopular “alternative work schedules,” a questionable plan to create a health care co-op and projected product moves that threatened to eliminate jobs.

What changed in the new contract is that nearly all current second-tier workers, including Mopar workers, have a path to earn the same top wages as first-tier workers. Many will reach the top before the end of this contract, which will mean substantial pay raises. That is a huge victory and a setback for Marchionne, who was determined to create a permanent lower tier, as higher seniority workers retired. 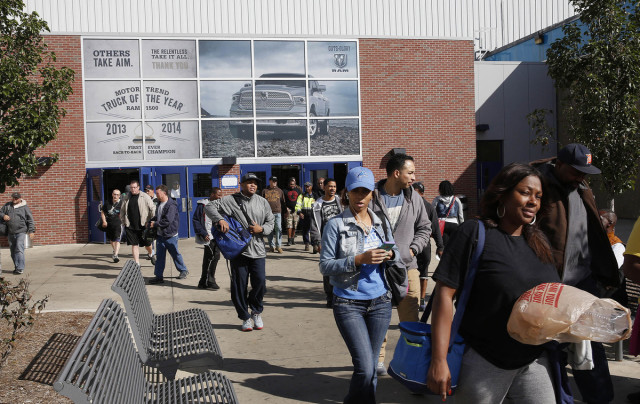 The solidarity behind the shop floor vote forced Williams to push for equal pay, which had never been his intention. At the UAW Special Bargaining Convention in March, a resolution was presented on two-tier that called for changing a demand on “bridging the gap” to “eliminating the gap.” Williams opposed it. A delegate to the Chrysler subcouncil, which reviewed the contract before it was voted on, heard him argue that “ending two-tier is bullshit.”

Yet when the second contract was pitched, with the aid of a high-priced New York public relations firm, the main selling point was that two-tier was history. In addition, the health care co-op was dropped, the attendance procedure was liberalized and vague language was added on revisiting alternative work schedules.

This time 77 percent of production workers and 72 percent of skilled trades voted in favor of the agreement.

Some votes were driven by fear, not enthusiasm. With no strike preparation meetings conducted by the union leadership, many workers were afraid of the consequences of rejecting the second deal. International representatives, rather than explaining that workers’ only real leverage is the ability to withhold their labor power, instead cynically instilled fear that workers could legally be permanently replaced if they went on strike.

Many problems remain in new contract

There are many problems with the new contract. Thousands of UAW members did vote “no” again. The claim that it puts two-tier to rest is a false one, but it takes a close reading to find all the hidden tiers.

For example, it will take a worker eight years to make top pay. Those who don’t hit the top under this contract could see their pay raises cancelled in the next. Benefits are still unequal. Second-tier workers at the axle plant have an even lower pay rate under the second contract.

Up to now temporary workers worked part time but eventually made the same hourly wage as full-time permanent workers. Now they work full time but will make less than a permanent worker. The negotiators followed the same shameful strategy of 2007 by creating new, lower pay rates for future workers. Future temporary workers make the least of all. The only purpose to these multiple tiers is to offset the added costs to the company under the second agreement.

The biggest additional problem is a $5.3 billion investment plan, which is pitched as guaranteeing job security. Actually, investing in the latest robotic technology does not create jobs; it eliminates them. Even without a downturn, Metro Detroit could lose over 700 FCA jobs, according to the contract’s product commitments.

Workers at Toledo Jeep are not convinced they won’t lose jobs when some of their work is moved. The second contract passed there with barely more than 50 percent of the votes; the first was voted down by 87 percent.

FCA workers still have a fight on their hands, but this recent struggle has taught the value of solidarity. Now the fight moves to General Motors, where a tentative agreement was reached Oct. 25 just minutes before a midnight strike ­deadline.